I don’t remember the day I found my first grey hair, unlike many other women, it seems. As the grey advanced, I also don’t remember making a conscious decision not to dye it. 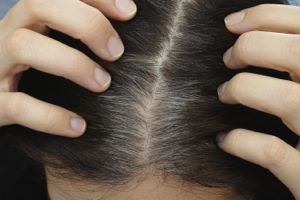 Conversely, I do recall a sense of curiosity as to how it would eventually look. Perhaps I would be salt and pepper for a long time before the salt overtook the pepper and I went a beautiful silvery white?

What actually happened was I didn’t really take much notice until I suddenly realised I was more grey than coloured. By then I was used to it and didn’t care.

As I sat on the bus the other day, I became aware that I was – as far as I could tell – the only woman who wasn’t dyeing. I say as far as I can tell because, apart from the obvious reds, pinks, blues and blondes, some of the colours were very subtle high or low lights.

When the topic of ‘hiding the grey’ arises, I always say that I suffer from CBA (can’t be arsed’). This remark is delivered with a touch of smugness, because unlike those that dye, I don’t have to spend lots of time and money making sure that what I am covering up remains well and truly hidden.

I also didn’t have to go through any transition period to achieve my natural hair colour or hide away for a year.

The general consensus, when I ask my friends why they dye their hair, is it’s basically a matter of vanity and not wanting to look old – or older than they are.

One friend admitted that she had begun to bleach her hair at the age of 12. Wanting to be a blonde rather than a mouse, she had cajoled her mother into applying hydrogen peroxide every four or five weeks. Fifty years later, her hair is thinning and permanently damaged, and she is now in the no-win situation of feeling obliged to continue to colour it.

Caught in the cycle of dyeing, it becomes increasingly difficult to stop. Those first few tell-tale streaks that needed to be covered have, over the years, become a distinct white line of regrowth that needs disguising all too frequently.

A new lease of life

Would you believe there are blogs, books and forums all devoted to describing the personal journeys of women rediscovering their roots after years of colouring their hair?

One of the book reviews I came across said, “I owe so much to this author – her book gave me great hope and the confidence to carry on.” I thought the book was about depression until I looked back at the content. 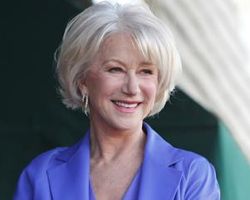 Do most women feel that going grey is the ultimate beauty taboo? An antidote to your personality?  If so, is that why we have almost totally forgotten what is actually normal and natural?

There are a handful of older women in the public eye, such as Dames Judi Dench and Helen Mirren, who are grey, but overall the majority of celebrity women are not.

It seems almost ironic that, by contrast, there appears to be a fashion trend towards ‘granny chic’ hair as shown by Lady Gaga, amongst others.

Recently, having become aware of this trend, my daughter wondered if, after years of dyeing her hair black, she should dye it grey. The number of white hairs beginning to show at the roots was growing exponentially.

Maybe this would be a clever solution. Go grey before she grew grey?

A colourist friend supplied advice, and my daughter later told me what her choices were: 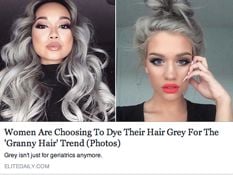 “I will have a very big problem going from black to grey. The only way of lifting out the black is by using lightener and this will probably result in orange! I can tone afterwards but this will only result in a few shades lighter and it will still be quite golden. The grey colour people are having at the moment requires lifting the hair to a very, very light blonde and then toning to grey afterwards. It’s hard to get the right result with people who have (original) warm tones of red like me.”

My tongue-in-cheek solution was: “Shave your head for charity – and maybe wear a wig. You can borrow one from your drag artist brother!”

Sadly, the options open to people changing their hair colour are limited. Skincare may have changed dramatically, but dyeing techniques have only evolved slightly.

Basically, we are doing almost exactly the same as the Ancient Egyptians did: using various pigments mostly derived from vegetables, but with the addition of some chemicals.

It is these chemicals and their side effects which may eventually persuade you to stop colouring your hair. Not only can sustained use of mainstream dyes result in hair becoming brittle, discoloured and dry, but there may be a link between hair dye and anaphylactic shock, a potentially fatal allergic reaction.

The main chemical culprit is widely believed to be p-Phenylenediamine (PPD), an organic compound used in over 99% of all permanent hair dyes, even those that you might assume were ‘natural’, ‘organic’ or ‘eco’.

PPD allergies have the potential to affect 1.5% of the population. There is currently no hair colour on the market that covers all grey without PPD. (Henna, though PPD free doesn’t have the same effect.)

Ammonia-free hair dyes have lower levels of PPD (0.4% rather than the normal 2%) but they still contain it.

It seems so unfair that men get given the silver fox soubriquet when they start to show signs of salt and pepper, whereas it’s ‘grey equals grandma’ when women start losing their hair colour.

It’s especially ironic when the same generation that is deferring motherhood until they are far older than their own mothers are, paradoxically, allegedly going greyer far younger than their mothers did.

Almost everyone will eventually go grey: it’s just a question of when and how. Greying is an inherited trait, so your best guide is your parents. If they showed silver streaks early on, chances are you will too.