Last week I was talking to a close friend on the phone for several hours. And if you know me, you’ll probably guess what we were talking about quite easily; hormonal issues, the menopause and the ageing process. 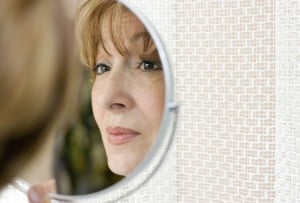 My friend was whipping herself into something of a panic as she felt she was slipping into old age faster than her years.

She felt weaker and more tired than before, and she’d started to notice the skin around her chin starting to hang slightly and appear ‘different’ to the way it had before.

She’s barely 50 and believed – quite rightly – that she was just too young to be seeing these changes.

I understand her concerns entirely. Most of us catch ourselves in the mirror at some point and notice that the years are starting to show on our faces.

The light catches our hair and we spy a few more grey hairs than before, or those lines on our forehead become more persistent and all the moisturisers in the world won’t help any more.

But rarely do we stop and think what we are really up against. Seldom do we take into consideration what the future could hold, and what state our health and happiness will be like in a decade or perhaps even longer.

See also  Long-term health and menopause: what you need to know

This is really important for all of us to consider, men and women alike, so let’s take some time to talk about it, to learn what might lie ahead, and then explore the easy alternatives that lie right within our grasp.

By not ignoring the inevitable, you will be able to take control of your personal ageing process, and become one of the timeless, strong, powerful and healthy women that we all admire. Let me show you how. 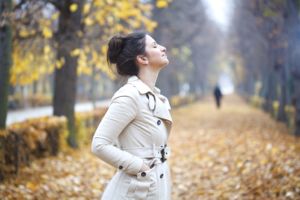 Relax, it’s good for you

If you’re anything like my friend, inside you will feel exactly the same inside as you did when you were a teenager. Yes, you might have become slightly more responsible, gained the odd stretch mark or two, or even managed to tune your tastebuds to olives and red wine.

But that ‘you’ which lies deep inside has never changed a single bit.

And yet we still think we’re invincible. We think it’s our right to bounce back after an illness, to glow effortlessly after a big night out and live at the same pace as before.

It can come as a bit of surprise when we find out we can’t.

Similarly, we don’t believe that we’ll ever grow old. Ever.

We think that we’ll stay immune from the ravages of time, and that if we just bury our heads in the sand, then it will all go away. And even if we do consider these things from time to time, our focus remains on the physical. How we look, whether we are attractive or sexy, and even if we still fit into the same dress size.

But this is misguided. We need to realise that ageing is right here with us, and we need to take control.

The likelihood is that we will get brittle bones, we will suffer with poor muscle tone, we will get weaker, weight will start to creep on, and our skin will age over time. We’re most definitely not invincible, and that’s a fact.

The worst thing is, by ignoring these facts, we unintentionally accelerate the ageing process and encourage many of our worst fears to come true sooner than nature intended.

It’s time to accept that we will age, and it might not be so graceful if we don’t do something about it sooner rather than later. Living in denial won’t change a thing.

Before we can take action, slow down the ageing process, and put the power back into our own hands, we need to first understand what is going on…

All of us produce a hormone within our bodies called the Human Growth Hormone (HGH). This controls our childhood growth and tissue repair throughout our lives. We have high levels of the stuff while we are young, but once we hit the tender age of just 30, these levels begin to decline.

As a result, your body can’t repair the normal damage as well as before, and you start to show those signs of ageing.

A surprising fact is that women actually have more of this hormone than men, but once we hit the menopause this doesn’t make a blind bit of difference.

The menopause brings a drop in oestrogen production which also has a massive impact upon the levels of HGH circulating in your body.

This is partly why you experience muscle weakness, slowly increase in weight, notice your skin ageing and that excess fat in the tummy area, and even see a decline in bone mass – that can lead to osteoporosis – as the years go by.

So how can we slow down these changes?

How to age more gracefully 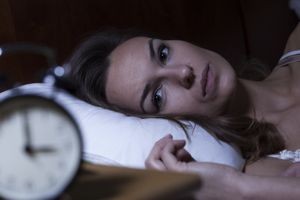 Get in the habit of a good night’s sleep

The most effective way to do this is to take preventative steps in the first place, and work to slow the decline in natural ways that will keep you looking and feeling young.

Your lifestyle choices are absolutely fundamental, and they can either keep you looking young and fresh, or do quite the opposite.

If you continue to make less healthy food choices, don’t get enough exercise, stay inside and away from the fresh air and sunlight, or try to exist on little sleep, you will find yourself aging sooner rather than later. It’s much the same if you have unhealthy mechanisms for coping with stress, or you are emotionally guarded.

So what to do?

The choice is yours.

So I challenge you to consider where you see yourself in a decade, or perhaps even two. Will you regret the choices you have made? Perhaps you’ll wish you’d considered the future more carefully, instead of choosing the easier option?

It won’t necessarily be easy to change the habits of a lifetime, but in ten years or so, you’ll be very glad that you did.