We are four months into 2018 and the first Friday 13th is here, there are two this year. There were two in 2017 and three in 2015. So it’s not a bad year for paraskevidekatriaphobes – those with a particular fear of that date. 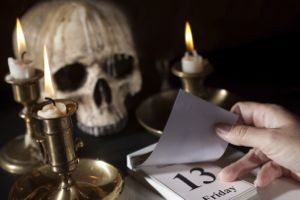 There are several plausible historical explanations for origins of the Friday 13th superstition, so we’ll probably never know which is, or are, correct. Personally, I find it more interesting to look at us as human beings, and ask what gives us this tendency to be superstitious in the first place.

Why on earth do we have lucky pants?

A superstition is, by definition, an irrational belief that an object or practice will lead to good or bad luck because of some supernatural influence. They come in many forms, and are sometimes polar opposites – no one seems able to decide on the merits of black cats. Religions sometimes label others as superstitious, despite there being little reason behind their own practices. 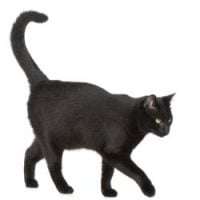 We are constantly recognising patterns in the world around us – sensing something and linking it to something we already know. That furry thing with a long tail and a plaintive meow is easily identified as a hungry cat. Sometimes we see patterns that don’t exist – the Man in the Moon, or Jesus on a slice of toast.

This false pattern recognition, or apophenia, can also give us the perception that something has caused an event when they are unrelated. This phenomenon isn’t confined to humans: psychologist B.F.Skinner showed that pigeons repeat whatever idiosyncratic action they were doing when food arrived, no doubt in the hope getting more.

Superstitions developed through false pattern recognition are then reinforced by what psychologists call ‘cognitive biases’. These are ways in which our brains have evolved to work, in order to protect us. There are dozens of cognitive biases at work in our minds – my favourite is called the ‘IKEA effect’ which means we place a disproportionately high value on objects we’ve assembled ourselves, such as furniture.

The illusion of control. This bias is our tendency to overestimate our degree of control over events. We have a strong motivation to control our lives, and it is thought that this inclination fosters mental health. It’s what drives some people to kiss dice before throwing them at the roulette wheel.

Confirmation bias. We tend to seek out information that supports our beliefs, especially those that are deeply entrenched. In addition, a tendency for conservatism (with a small c) means we aren’t likely to revise our beliefs when presented with new evidence. So even if those lucky pants don’t work, we will stick to them, probably literally as well as metaphorically.

Availability cascade. Shared superstitions also benefit from this cognitive bias. Essentially, the more something is talked about in society, the more plausible it seems, which in turn can mean it is talked about more – a self-reinforcing process. Apologies to anyone who begins to fear Friday 13th more through reading this…

Is there any harm in superstition?

Can there really be any problem with indulging in a little magical thinking, believing that causal relationships exist where they do not? Well, evolutionary psychologists believe that if there were, then we would have evolved to rid ourselves of these false positive connections.

Although all manner of false beliefs may cost us time and money, it’s more important that we don’t miss something – that the cat is actually a tiger and we are its dinner.

But how fascinating to understand what our grey matter is doing to us, and use that knowledge to try not to be too much of “an outlier on the spectrum of reason” – to quote Professor Brian Cox.

Most of all I can be confident that it won’t matter too much if my lucky pants happen to be in the wash on interview day.

And bad things will happen on Friday 13th, but that will just be a coincidence….

Unconvinced? Here are 13 lucky charms to get you through.