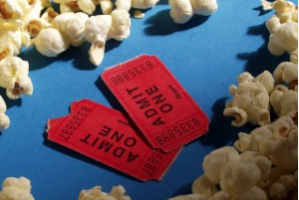 I am not overly keen on New Year resolutions. Life is complicated enough without adding in more guilt from failing to meet my own expectations, so as 2016 rolled in I merely suggested to myself that it might be fun to try and visit the cinema more frequently. This came as a direct result of realising that during the 365 days of 2015 I only went to see one film on the big screen. It was a good one – The Testament of Youth based on the book by Vera Brittain – but seriously? Just one film?

This year, blessed with 366 days, who knows, perhaps I will double my cinema visiting quota but if I don’t, I won’t be castigating myself, as watching films in the comfort of your own home is not to be sniffed at.

It was recalling my lack of movie visits that prompted me to finally get round to reading Still Alice by Lisa Genova. I had deliberately avoided seeing the film in Spring 2015 when it first came out as I had wanted to read the book first.

I sailed through the novel hungry for each and every page of this fictional account of a linguistics professor at Harvard who experiences early onset Alzheimer’s Disease but it shook me to the core. Is there anyone else out there who sometimes worries they are losing their mind? I sat in a restaurant just the other night and I couldn’t remember the name of one of the men in our party of 6. I hadn’t been drinking. I have known him for years. After about 5 minutes it floated back into my consciousness.

Sometimes I go upstairs to do something and have no recollection of what I intended to do and have to retrace my steps to reset my memory. I don’t think these occurrences are unusual, just a side effect of getting older, but they have a sobering effect. I hope I will never have to live on a minute by minute basis as do patients with Alzheimer’s and other forms of dementia.

Alzheimer’s Disease seems to have crept up into the public awareness recently. I don’t remember hearing much about it in the past but with an ageing population, it is not surprising that the numbers affected are rising and the disease has a bigger public profile. Apparently one in six people over the age of 80 is the victim of significant memory loss.

Speaking up for those who suffer the cruel indignity and marginalisation that comes with dementia and associated illnesses can only help to dispel some of the stigma that is attached to cognitive loss.

Dementia is indiscriminate. It can strike anyone no matter your background, lifestyle or education and it leaves sufferers floundering. I have a friend whose mother suffered from Alzheimer’s Disease through the last five years of her life and I don’t think I truly appreciated how narrow and difficult her life became during that period. She had been a gregarious party girl right up to her mid-seventies but as the memory lapses accelerated, her confidence started to evaporate and she quickly lost all her independence.

Can there be anything worse than to know you have lost sight of yourself whilst not being able to truly remember who you once were?

See also  Book review: The Shock of the Fall

When I watched Still Alice on DVD a couple of days ago, I was relieved. The script keeps the film almost completely true to the book and Julianne Moore’s Oscar winning Best Actress performance is perfection as she takes the viewer through Alice’s struggles as she falls into the void of Alzheimer’s. It is heart rending and I don’t remember weeping so much at a film for some time. It was not a pretty sight; there was (a lot of) sniffing and nose blowing, tear drenched tissues and black lines of mascara down each cheek. With such an excess of emotion, I am grateful for myself – and others – that this was a film I watched sitting on my sofa.

I realise how lucky I am. I am sure my own forgetfulness is minor and there is no one I am close to who is suffering from cognitive disorders at present. I am extremely thankful for this and I just hope that if the status quo changes, I will be able to find the courage to put my best foot forward.