Since changes to the State Pension came into force in 2016, how have these affected divorcing couples? 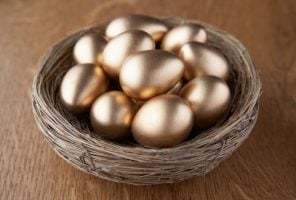 The Pensions Bill took effect from 6 April 2016 and included changes to the State Pension. The main change related to the introduction of a single-tier State Pension providing a flat rate, which is currently £159.55 per week if you have 35 years of National Insurance contributions to your name.

So, what has been the impact?

Treating pensioners as individuals, as this legislation does, rather than as couples who have worked together for a common interest, will result in increasing the inequalities of the wife invariably as the home-maker and child-rearer in the event of a relationship breakdown.

Previously, it was possible on divorce for a spouse, usually the wife, to substitute her National Insurance records for that of her former spouse if he had made a greater contribution. This would generally ensure that both parties would have the same basic State Pension on divorce.

However this ‘substitution’ is no longer available for those reaching pension age after 6 April 2016.  This means that one party, usually the wife, will be left with a lower state pension income on retirement if she has taken time out to raise a family for example or has only worked part time for part of the marriage.

So what does this mean for those divorcing now or in the future?

What can be done to address this issue?

For many years, solicitors have been advising on the importance of considering pension issues on divorce. It is quite common for there to be a significant disparity in the value of private pensions of a husband and wife and expert advice is required on how such differences should be addressed.

Further legislation introduced in the 1990s allows for such pensions to be shared as between divorcing couples via pension sharing orders. It is not possible to divide or ‘share’ your spouse’s basic state pension on divorce.  The changes to the state pension unfortunately only serve to widen the gap between the retirement income of a husband and wife on divorce.

This highlights the need for professional advice to ensure that a fair outcome is achieved in any financial settlement. This assumes of course that there are other assets which can be used to compensate the disadvantaged spouse on divorce.