Home / Time off / Nostalgia / Spring: a season of folklore and feasts

January. Feels like the longest month of the year. Well, it’s not really, but it often feels that way, with it’s short and gloomy winter days.

Many of us give a little cheer when it’s over and we can welcome in February and March. 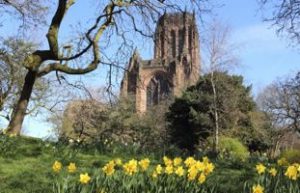 Yes, they are still often cold months. But it brings with them days of celebration as we start to turn our backs on winter and usher in the spring.

But have you ever wondered what the meaning is behind some of these celebrations? Why do we eat pancakes? And why do we send cards to loved ones on Valentine’s Day? Here are the reasons for some of the days we mark in February and March – the dates are for 2015, but many of these change year by year:

Candlemass Day (2 Feb). This is when the Christian church celebrates the visit made by Mary and Joseph with the infant Jesus to the Temple for Mary’s ritual cleansing after birth, although the belief that a woman is unclean during and after childbirth is quite abhorrent to 21st century feminists.

My grandmother, on whose wisdom I have relied many times, used to say “If Candlemass Day be bright and gay, saddle your horse and go buy some more hay. But if Candlemass Day be bleak and black ’twill carry the winter away on its back”. A saying perhaps also applicable to the Pagan festival of Imbolc (1 Feb), marking the midway point between the Winter Solstice and the Spring Equinox.

Groundhog Day (2 Feb). This is an American tradition, made famous by the Bill Murray film, and similarly heralds the end of winter – or not. It is said that if a groundhog comes out of its winter burrow and sees its own shadow, it will retreat for a longer hibernation. 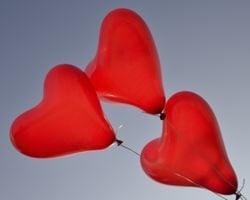 Valentine’s Day (14 Feb). The origins of this celebration are shrouded in mystery and probably arise from at least two different Christian saints, one who conducted good deeds in secret, and another who was martyred for helping Christian couples to marry. Hen keepers have another reason to be grateful to Saint Valentine, as by this date there should be enough hours of daylight to bring hens back into laying eggs after the dark months since Bonfire Night.

Shrove Tuesday (17 Feb). In other countries it’s better known as Mardi Gras (Fat Tuesday) and celebrated with a carnival in cities like New Orleans and Rio de Janeiro. Someone asked me recently why we have pancakes on this day. Well, pancakes have been made for centuries on Shrove Tuesday as a way of using up the rich foodstuffs – flour, eggs, butter and milk – before the Christian period of fasting, Lent, begins the following day (Ash Wednesday). 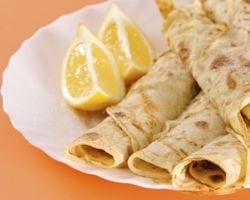 But whatever did people eat with pancakes before we had chocolate spread, golden syrup, lemons or sugar? The best guess is probably honey and rosewater.

The word ‘shrove’ derives from Old English and means ‘forgive’. So people would eat their pancakes, go to church to confess their sins and be ‘shriven’, making a clean start for the beginning of Lent the next day, when they would return to church to receive ashes on their foreheads in the shape of a cross as a reminder that “You are dust, and to dust you shall return”. The village of Olney in Buckinghamshire has held a pancake race each Shrove Tuesday since 1445 to commemorate the dash made by a housewife to the Shriving Service, with her frying pan still in her hand!

Lent (18 Feb). This lasts for 40 days and 40 nights, marking the time Jesus spent fasting in the wilderness, and in early Christian communities it was especially observed as a discipline for new Christians preparing for baptism on Easter Day. But, here’s a thing. The period from Ash Wednesday to Easter Day is actually about 47 days, so some people say you can have a day off from fasting every Sunday. When I say ‘fasting’ here I don’t mean starving yourself. It’s more about giving up one thing you really enjoy like chocolate or alcohol. A retired bishop I know even says Lent can be reduced to 17 days when all the saints’ days and feast days are counted as well as Sundays.

READ  Does sat nav spell the death of maps?

Chinese New Year (19 Feb). This date fluctuates between the end of January and the end of February, depending on the lunar calendar. This date in 2015 marked the start of the Year of the Goat. 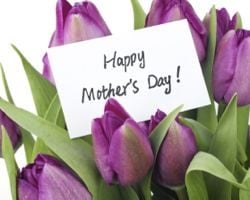 Mothering Sunday (March 15). This comes halfway through Lent and although we associate it now with showing love and appreciation to our mothers, it was originally a day when congregations would visit the minster or cathedral – the Mother church in their area. Some parishes mark this day by joining hands as a congregation around the outside of their church to give it a hug.

In the days when young girls were sent ‘into service’ (like my Gran was at 13 years of age as a housemaid) they were traditionally allowed to go home on Mothering Sunday to visit, and take their mothers a gift of a Simnel cake to show off their baking prowess. Other people associate Simnel cake with Easter, and certainly the decoration of 11 marzipan balls is intended as a representation of the 12 apostles (minus Judas who betrayed Jesus). 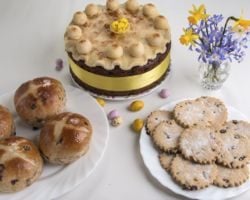 Good Friday (3 April). Hot cross buns, now in supermarkets straight after Christmas, are traditional fare on Good Friday and not only because of their pastry cross signifying the Crucifixion. The spices used in the dough are reminders of those taken by women to anoint Jesus’ body, and breaking open the bun signifies Jesus both the breaking of bread at the Last Supper, and breaking out of the tomb at his resurrection.

Easter (Sunday, 5 April). The word Easter derives from Oestre, the goddess of fertility, whose symbol is a hare – a beautiful creature often associated with mysticism.

Long before Easter became a chocolate egg fest, Eastern European Christians used eggs as Easter gifts. Women and girls would paint intricate patterns onto hardboiled eggs, a practice echoed in the fabulously bejewelled eggs made by Faberge for the Russian Czar’s family. Eggs represent both the new life and return to fertility of spring, and, in the good food or the chick held inside an egg, Jesus rising from the tomb.

And so to Easter lunch. Many people choose roast lamb with mint sauce, garlic or rosemary. In this meal Christians show solidarity with Jewish people celebrating Passover, when roast lamb and bitter herbs were eaten by the Israelites in preparation for the escape from slavery in Egypt (the blood of the lamb being smeared onto the door as a sign that the Angel of Death should pass over that house, killing instead the firstborn in each Egyptian household as retribution for oppression of Jews).

Pudding on Easter Day? Often a pie or crumble made with the sweet-sour first rhubarb of the season, or a zesty lemon posset to awaken our taste buds.

So, whether you follow a faith or not, there’s still plenty to celebrate as spring approaches, as we remember our heritage and look forward to the season ahead.