Catching up with old friends, checking out the latest celebrity gossip – there’s no denying that the explosion in social media has changed our lives, and the way we communicate, beyond recognition. 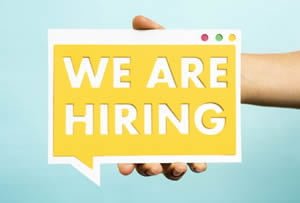 But although they’re called ‘social’ media, these sites are also great for furthering your career.

Rewind 20 years, and the chances are if you were job hunting, you’d be waiting patiently for the weekly jobs supplement in the local paper and scanning the pages hoping for the perfect vacancy to jump out at you.

But today, job hunting can be a 24/7 affair. With millions of vacancies available online at any one time, websites offering CV-matching services and employers engaging with social media to find the perfect candidate, the task can seem daunting if you’ve been out of the game a while.

For many companies, social media networks are becoming an increasingly popular recruitment channel. They’re free and have a large reach but also, and maybe more importantly, they offer interaction with a particular pool of talent – those who are proactive and have skills to offer.

And social media isn’t just great for job hunting, it’s also perfect for networking and building up your client list. But you need to be savvy – it can mean learning or developing a whole new set of skills to market yourself effectively.

The three main social media platforms that recruiters in the UK are connected to (and it’s the same globally) are Twitter, LinkedIn and Facebook.

According to Bullhorn’s Social Recruiting Activity Report 2014, nearly all recruiters have a presence on LinkedIn (98%), just under 30% are on Twitter and about 15% are on Facebook. However, globally, the pattern differs.

Here, I’m focusing on LinkedIn and Twitter, as they are growing more than Facebook in the UK. 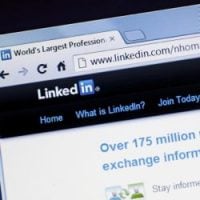 With over 15 million UK users, LinkedIn is by far the biggest and most popular social media platform used by employers looking for candidates. The site is mainly for professionals who have work experience and skills that they can demonstrate.

If this is you, then having a presence on LinkedIn is a very profitable way of putting yourself out there.

Think of your LinkedIn profile as your CV with added extras. Carefully choose the keywords you use to describe yourself and your skillset and before you’ve even started joining groups and posting interesting discussions, an employer can see how you might fit into their organisation.

Much head hunting is done on LinkedIn but it’s not about the number of people you have in your network – it’s about your skills and knowledge and sometimes about how much you’ve got to say. Make yourself look like an expert, someone who knows a lot about what they do and the field they work in. That’s your brand.

My extra tips on using LinkedIn are:

READ  Volunteering: your route to a new career

The point of these interactions is that you begin to build up a profile of yourself. You can then start to network with others and they could become either contacts to add to your network or evidence for a potential employer or client that you’re worth a closer look. But don’t just request to connect with others without having a plausible link to them – that’s not LinkedIn etiquette! 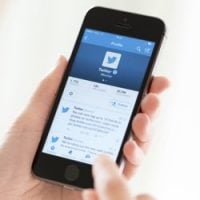 The number of employers using Twitter to expand their profile is growing and the number using it to recruit is increasing. This makes it a very useful tool in the job hunting and networking process for a number of reasons.

Firstly, Twitter is the perfect place to research a company you’d like to work for or with and one to ignore at your peril if you’re going for an interview.

Via Twitter, you are alerted to an organisation’s latest publication, campaign or event at the same time for you getting a feel for what they do and how they like to do it. Follow them, and by all means ask them questions, but don’t ask them directly for a job.

Twitter is better for finding opportunities, researching and networking than actively targeting companies for work.

Secondly, it’s easy to develop your online profile on the micro-blogging Twittersphere. Once you’ve got that difficult #FirstTweet (yes there’s a hashtag for it) out there you can start to settle into the style you want to adopt.

Twitter isn’t very serious – it’s hard to be in only 140 characters – but a lot of debates on current issues take place there, usually as events are unfolding.

If you have a particular interest and you don’t want the professional and personal to get muddled, consider having two Twitter accounts, maybe using a nickname for your personal one. The number of employers screening prospective employees on social networks varies depending on the research you’re looking at, but let’s just say it’s wise to make sure there aren’t any compromising photos of you at a friend’s hen do floating around the open internet.

Of course there are still some small companies who don’t even have a website, let alone the knowledge or time to interact with others online and for those, a speculative approach could really pay off.

However, for many organisations, who like to spread their news as widely as possible, to be unfamiliar with social media could mean putting yourself at a disadvantage and missing out on some valuable opportunities.