When my poetry collection Grandma’s Poetry Book hit the market, I was the greenest, most self-absorbed, self-published author on the planet. 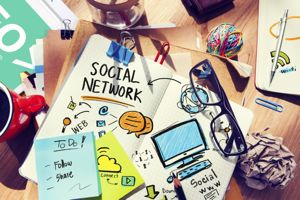 Surely a website, a publisher’s listing and a basic marketing package was enough?

Things would happen… wouldn’t they?  As it turns out, no.

Briefly, I mused if I could have secured an agent or a publisher, would they have done it all?

Once again, no. Even traditional publishing houses cannot ‘do’ this for you. A writer friend was told firmly by two agents at this year’s Winchester Writers’ Festival to do social media before representation.

My year in social media

Last year I decided I needed to be proactive. I surveyed my boxes of books with pride, but was unable even to log on to the publishing website to check sales. Such was my technophobia.

I had a website, praised by writers and graphic designers alike. I did do Twitter, much to the abject horror of friends. In November 2014 I had 150 followers but I didn’t understand hashtags, other author posts with weird abbreviations and I had never seen a DM – isn’t that something to do with being tied up?!

In October I had a Facebook page with about 100 friends and a writer page with about 30 likes. I had tried getting on LinkedIn without success as passwords were repeatedly rejected.

On Facebook I thought I was quite a wily bird until I looked at the number of likes some authors had – whaaaaat!

How do they do that?

Fortunately, my self-publishing company, Matador, had very patient staff who answered all my newbie questions and provided advice about how to increase likes on my writer page and how to get more Twitter followers.

They Tweeted my website when it was launched and told me to put @matadorbooks in my Tweets so they could RT.

What was an RT? No, I didn’t really understand retweets either. 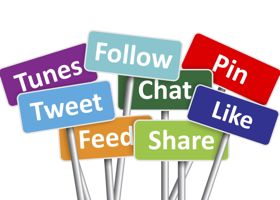 I began Tweeting, and finding people to follow and my list of followers began to grow – slowly, so slowly I could easily fall asleep at my computer. I gathered pace. I followed everything. Regardless.  A few days passed and I reached the 2000 figure. Suddenly Twitter stopped me following anyone new. No reason.

Then I remembered a workshop in 2012 at Winchester Writers’ conference. I resumed contact with Sally Tickner, the lady who ran it, and she looked at my Twitter page.

I can only guess her initial reaction.  But I suspect I may be used in future workshops as an example of the dumbest way to use Twitter.

I was following too many people. I needed to prune my list and beef up my followers, produce good content in posts and blogs and interact with potential readers. The object was to be followed, not to follow.

So I trawled my Tweets and unfollowed those who weren’t following me back. I got rid of the waste-of-space accounts.

Hoards of accounts which were never going to follow back.

I was also following several accounts connected to the deaf community. Now, I AM passionate about raising deaf awareness but, at that time, I wanted to get people to buy my book. 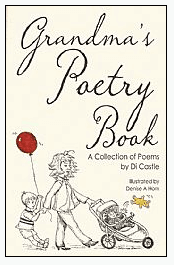 Grandma’s Poetry Book is my present task. I needed to get followers who spread the word, read the book and buy for themselves or a relative.

I’ve spent many evenings Tweeting some non-followers, pleading ‘pls follow back’ followed by a link to my website.

In time, I’ve come to appreciate the importance of providing the link to the BUY page on the site. I’m still learning.

Gradually my following numbers have dropped and I am allowed to follow more people.

This gets many retweets by people I am not yet following and more followers.

By the end of November 2014 I was in a Twitter fog, with head spinning and my rear stuck to the chair. I dreamed about @, # and notifications.

I panicked. I hadn’t written anything for weeks. My blog was about to die. But I wanted to sell books.

Ha! I read that to sell books I should write a second as quickly as possible. I have millions of words on my computer in various manuscripts, drafts and redrafts. I decided to get to work.

But I’d lost the will to live where writing was concerned. Actually I had a severe case of writer’s block.

Then I remembered another workshop, run by a lady called by Emily Benet. An energetic one-hour race through Twitter, Facebook, blogs and more.

I fished out the notebook, indexed for later access, and began to experiment.

I still needed training; a morning here, a full day there. I upped my networking, giving out author cards, learning about interaction.

Start conversations? How? There is a reply button, yes? Where? One of my followers began a conversation. I hit reply … she bought two copies, one for each grandmother.

I had found my target audience.

Now, eight months on, I am a cheeky Tweeter but follow Emily’s rule on promoting my book on only every 10th tweet.

This week, I Tweeted a newspaper in the town where I am to be signing books. A young reporter arrived to speak to me.

At last, a chink in my foggy curtain… I can see the light at the end of the social media tunnel.