Home / Happiness / Seeing past the stereotype…

A few weeks ago my partner and I were wandering around Covent Garden. 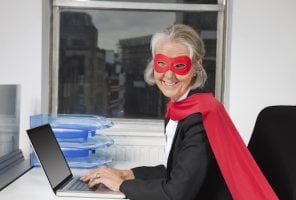 I glanced into a gallery’s window and spotted some superhero pictures – Iron Man, Spiderman and the like – all the work of and signed by the legendary Stan Lee. I dashed inside to take a look. I mean, Stan Lee signed these pictures!

What’s the big deal? Well, I’m a massive, huge geek in this area. I love Star Wars, Marvel superheroes and all things fantasy and science fiction.

I once owned every Star Trek episode and full-length movie on video, including The Next Generation, Deep Space Nine –TNG and DS9 to fans – and Voyager.  These have all long since been replaced on DVD – and I’m now in the process of slowly replacing them all again on Blu-ray.

I am addicted to Game of Thrones. My car is called Sheldon, because it’s a Smart car, and Sheldon of Big Bang Theory infamy is very smart…

I’ve been to a Star Trek convention – the best day of my then 12-year old’s life, or so he told me – and the international premiere of a Star Trek film, one of the best nights of my life.

My absolute hero is Patrick Stewart of Jean Luc Picard and Professor X fame. He once made the heart sign to me – another life highlight.

Though I can’t help but lust after Chris Pratt as Star Lord in Guardians of the Galaxy, and Chris Hemsworth as Thor – I could have a toyboy couldn’t I?!

I love Harry Potter, Lord of the Rings, The Hobbit… and I absolutely can’t wait for the new Independence Day movie in 2016, along with the new Star Trek film of course.

See also  Businesswomen: how to protect your assets on marriage 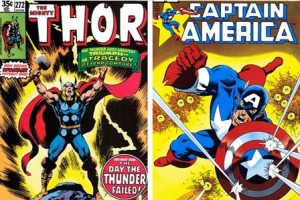 I think, by now, you probably get the picture. I really am a geek.

But I am also a 52 year old mother of adult children.  I have a respectable job with a local authority. I dress fashionably but conservatively. I dye my hair, but it is always cut and styled neatly.

So what, you might ask?  Well, that’s what I thought until I went into this particular gallery in Covent Garden.

I spent some time looking at the Stan Lee pictures – quickly realising that not only would they look ridiculous in my very sensibly styled home, but also that there was no way on earth I could afford them – and then, with my partner, proceeded to look at the other pictures in the store.

The very last picture I looked at – after admiring the work of Bob Dylan and Ronnie Wood – was comparatively traditional.  And that’s when the gallery assistant decided to talk to me.

Did I like the (state-name-of-artist, I can’t remember it), she asked. Not really my cup of tea, I replied.

Oh! she remarked, making it clear that she was sure the relatively traditional painting would be to my taste.

What was it that brought me in to the gallery, she enquired? The Stan Lees, I replied.  Really!  she remarked with considerable surprise if not shock.

Surely not, she went on: I wouldn’t have guessed.

I left the gallery.

What she really meant, you see, was; you look too female and too old to like Stan Lee.  I could see it in her face. And I was furious!

But it made me think about stereotypes and appearances, and how we all make judgements and assumptions about people that we don’t know, based upon nothing more than a cursory glance at their appearance.

We draw conclusions, thinking they are:

You get the picture. The list goes on and on.  And the reality is, very often, appearances tell us very little.

Worse, it can become the foundation of abuse, suspicion, racism and even violence.

For example, not all disabilities are visible and you don’t need to be in a wheelchair to be legitimately entitled to carry and use the RADAR key that lets you into disabled toilets. Yet I know that people have been verbally abused for using a disabled loo because they can walk unaided. In fact, I’m one of them.

Even fewer women wearing the hijab are terrorists, and I worry that this will be the next group of people to be subjected to discriminatory treatment, by the authorities and by society as a whole.

We should all be careful about the judgements that we make, because of the effect this may have upon our behaviour towards people. Now, more than ever, when atrocities are being committed in the name of people who denounce them completely and utterly.

Let’s all be less judgemental and more tolerant. We need to try to look beyond appearances at the real people behind.

Remember, conservatively dressed women in their 50s are sometimes geeks. Looks can be deceiving.