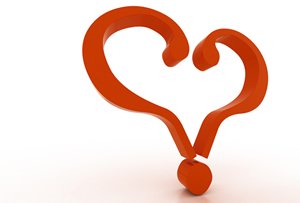 February 14th seems to divide opinion more than any other date in the calendar.

For some it just gives retailers another excuse to sell us something. Which surely must be the worst sort of commercialism as it entirely plays on our emotions.  Forcing us to spend, spend, spend in order to validate our relationships. Surely your marriage is worth £30 for a dozen roses?  Even if they were only worth £15 a week ago, and will be worth nothing next week, when they’ve wilted in the vase.

For others, it’s a mindfulness exercise, an opportunity to take time out to consider how lucky you are to have someone to care for. Just one evening where no one is going to call, text or email, and you can focus on your beloved. (Or if it’s more of a one-sided thing, just watch a movie they’ve starred in!)

These people may not care about the price of a card or flowers, which do rather pale into insignificance when compared to the cost of Christmas.  Maybe they make their own personalised cards, or bake heart-shaped biscuits.  Or agree to do nothing, but find a way to celebrate that suits their mutual values and budgets.

Most of us have been there. Most of us know not to get smug.

Then there are those who feel sad because they don’t have anyone, or angry and bitter because they thought they had and don’t any more. I can entirely sympathise.

As a wise woman said to me recently, “…it all depends on what life stage you’re at.”

Personally, I feel the need to celebrate my immense good fortune, as something of an antidote to the unhappy years when I had to stay in alone – well, with Mel Gibson. (Demonstrating how much my singledom was largely due to an appalling taste in men.)

READ  Discovering what's special about you

So, despite telling him otherwise to keep him on his toes, I will be sending hubby a card. In fact I’ve already bought it and it was £5, which seems ridiculous but it is lovely. And I never make a terrific job of cookies, despite having the heart-shaped cutter.

That means I’ll be sticking my fingers in my ears and saying “la-la-la” when the Valentine’s nay-sayers ride into town. I can’t have them spoiling my long-awaited fun.

But I won’t be forgetting those who aren’t having a good time. I hope this time next year they’ll be seeing hearts, instead of seeing red… if that’s what they want, of course.