One of the earliest words we learn to say is ‘no’. Yet as we get older it becomes more and more difficult to say – especially for women it seems. Why is that? 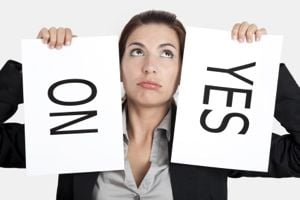 We hear the word ‘no’ a lot when we’re younger. No, you can’t have that, no, you can’t do that and no, you’re certainly not going there. But we seem to find it increasingly difficult to say no to others.

A friend in need…

I clearly remember as a teenager being the shoulder my friends cried on in a crisis. And despite sometimes being bogged down with that ‘needy’ friend I always said yes, no matter what I was doing, I would go running and ‘be there’, be that 24/7 support system. Sound familiar?

There was an overriding need to be liked and I suppose on an unconscious level if I said no then I was giving someone the fast track to not liking me.

You all know what it’s like hearing someone ask you to do something and your heart is screaming ‘noooooo’, but suddenly you become verbally incontinent and the words ‘yes, that’s fine come tumbling out’.

Then you feel like kicking yourself, the voices in your head are saying… so why did you say yes when you know you don’t want to do the ‘thing’? And then despite these constant internal conversations going on and the rummage of excuses you think you can rustle up, you still do the ‘thing’.

The problem is this doesn’t just happen once. You never learn, you keep repeating that ‘yes, that’s fine’ response over and over.

As women we were born to care for others. The difficulty is that you don’t know the boundary of exactly how many others you are actually responsible for.

Now don’t get me wrong, it’s fab to help others. It give you a nice glowing, do-gooder feeling, but more often than not it’s at the expense of your time and limited energy. So ultimately what could be conceived as a magnanimous gesture turns into resentment and anger at your inability to say ‘no’. 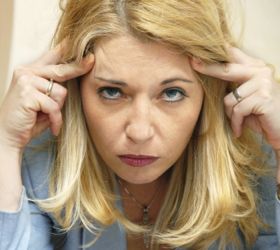 You start your day like a fully charged mobile, you rush round with family, household and business demands without really taking a moment to recharge your batteries.

As the ‘low battery’ warning looms in the form of headaches, feeling short tempered and overwhelmed, the added request lands in your in-tray.

You know it’s coming and you think to yourself ‘absolutely not, I’m too busy, too exhausted and frankly have too much on my own wildly spinning plates’. Then, as if from outer space those immortal words yet again spill out… ‘yes, that should be fine’.

How to say no

You can get yourself out of this ‘yes’ cycle with a little practice. Stand firmly and squarely in front of a mirror, look yourself in the eye and say…

Putting that very sentence into practise is pretty scary stuff, because when you depart from the word ‘no’ for the first time it’s like you’ve hit someone with a large heavy, blunt object.

The person on the receiving end has already heard you saying ‘yes’ in their head, just like you always have. In fact they may well repeat, “did you say ‘no’?”, with a tone of absolute disbelief.

Standing firmly and resolutely, you need to repeat the above sentence ** (or something equally effective).

Wow. What a revelation. All sorts of emotions will be racing through your body, the words ‘I can’t believe I have done it’, followed by whoopee, followed by anxiety as to how this new word is going to be received.

The next bit is crucial. Do not go into a long, babbling explanation as to why you can’t actually help out. You don’t need to explain yourself and you certainly don’t owe the ‘asker’ an explanation, just remain silent and wait for their reaction.

Learn to say it over the phone first. Know in your heart of hearts that the next time this person asks the question to which the only answer they want is yes, that you have rehearsed and you’re going for it. You have made that unwritten agreement with yourself that ‘no’ is not a dirty word.

The therapeutic properties of ‘no’ 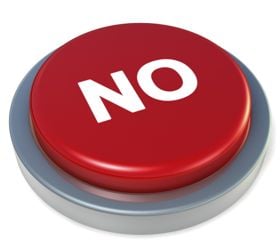 I clearly remember the first time I did this (mind you it was after eight years of therapy!) to a friend who for 30 years I had always said ‘yes’ to.

I smiled to myself as the mobile rang and her name appeared. It had to be to ask me to do something as that was the only reason she ever called me. My stomach lurched, my mouth went dry and when the expected request arrived. I replied (** see above).

READ  Why is the language of ageing so negative?

The person in question said something like, ‘er, oh, er, that’s ok, I mean, yes, of course that’s fine’. I knew deep down it was so not fine but it was fine by me, for once I was putting myself and my needs first and as women we are so rubbish at doing that.

Getting the right balance

When you’ve done it once it becomes quite empowering and you may go totally the opposite way for a while and say no to almost everything! However, over time you will find the right balance for you.

I can honestly say it has transformed my life and my relationships because people quickly got used to the possibility I would say no.

You can mentally and physically free up your life and have the energy to do the things you love….try it.

It’s your life, your choices and the luxury of saying no is absolutely yours for the taking.