Home / Work and money / Financial / Raising the retirement age: what does it mean for you?

If you’re a woman with retirement on the horizon you’ll have had some rather unwelcome news from the government in recent years. 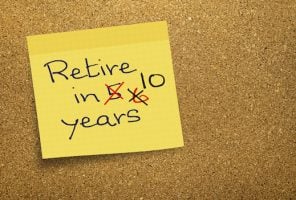 I’m talking about the fact that your state pension will no longer be paid at 60. Instead, the state pension age is being increased steadily up to age 67.

Do you know when your state pension will be paid? There is a handy calculator and reference table online – I’ve listed the link below.

Younger women have had plenty of notice of this change. If they are working, they should be paying into a private pension so they can build up their own personal pension pot to take when they are ready. They don’t necessarily have to carry on working until 67 if they don’t want to.

But for a certain group of women born in the 1950s it’s a different story. These women were only a few years away from retirement when the changes were implemented. That meant they had as little as two years’ notice that they would have to carry on working for another four, five or six years.

That’s really not long to come to terms with the idea. For most, it means probably needing to work for longer, it also means not being around to help care for grandchildren or elderly parents, as they might have planned otherwise.

Not only that, but these women were unlikely to have much money put aside in a private pension that would have given them some flexibility. During their working lives they may well have been excluded from company pension schemes on the basis of them being women, or working part time.

And of course those that did work were unlikely to have earned the money (or the pension provision) of their male counterparts.

Some organisations feel this wasn’t handled fairly. They argue that this group of women born in the 1950s should have had much more notice. Experts suggest at least 15 years would have been reasonable, at a minimum.

A campaign group has been formed, called Women Against State Pension Inequality (WASPI), to give women a voice. They are not against the age being increased, but feel strongly that more notice should have been given and that many women have not been fairly treated. You can find out more about their campaign and petition in the links below.

This is what one of their members says:

“I have been out of work for two years but managed to find work six weeks ago. There is no contract, it’s temp and could end anytime. It’s worrying, as there’s no financial security. I didn’t know the state pension age had gone up, I found out from a friend as I was approaching 60. I went on the government website to check if what I had heard was right, it was then I realised I wouldn’t be retiring at 60, my state pension age had risen by five years and three months. It’s impossible to plan finances for retirement at such short notice.”

See also  Do women ever retire? Appearances are everything

Whether you are caught in this group of women or not, it’s a good reminder to make sure you have your own pension plans and don’t rely completely on the state. It’s all part of having a sound financial plan for the future, which can adapt with you.

We can be sure there will always be change, so let’s be ready for it.