Living with Primary Biliary Cholangitis (PBC) has changed my life beyond recognition. Never heard of it? Well, this chronic condition can cause progressive destruction of the bile ducts in the liver and affects about nine women to every one man. 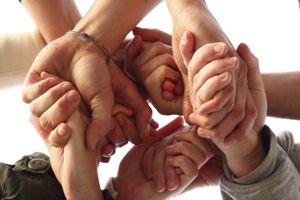 It’s an autoimmune disease, with no association with alcohol or drug abuse. And there’s no known cause or cure.

Where it all began

Back in 2002 I had a really severe bout of flu and never properly recovered. I lost a stone and a half, ending up weighing just six stone. I looked and felt awful. I did start to feel better, but I was tired all the time. Five years later I went to my GP and was diagnosed with underactive thyroid.

For the next three years I was back and forth to the GP with extreme fatigue. I can’t explain how exhausted I was. I used to fight it but at times all I wanted to do was to just stay in bed and sleep all day.

I also started to suffer from extremely itchy feet, in the arch of each foot. It drove me insane, I remember scratching it with a knife once to try and get some relief.

My GP sent me to a dermatologist who promptly diagnosed me with trench foot and put me on steroid medication. To my horror, two weeks after that my hair started to fall out, leaving large bald patches.

I had to buy a wig which, as you can imagine for a woman in her thirties, was very depressing indeed. On top of all my other ailments it was really hard to cope with. A haematologist ran some blood tests and told me that I had a high white cell count and low blood count but she didn’t know why.

I felt as if I was being passed from pillar to post, and I’m not ashamed to say that at times I felt almost suicidal, the hair loss being the biggest contributor to this.

Even when the dermatologist stopped the medication my hair didn’t grow back and the exhaustion and itchiness in my feet was getting worse. It would wake me up at night and sometimes I made them bleed. It didn’t help that one GP I saw told me that my bald patches weren’t really there and that I was imagining my symptoms. At times I felt very frustrated that the doctors just didn’t believe me.

A diagnosis at last 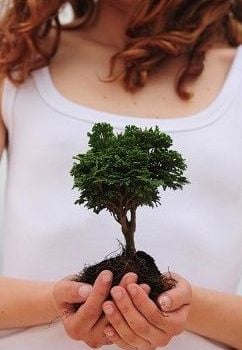 Finally, after two more years of misery my dad persuaded me to go and see another doctor. This time she listened to me, ran a liver function test and rang me up to say my count was high but she was almost certain it was nothing serious. Two months later I was diagnosed with Primary Biliary Cholangitis.

I was put on a drug called Ursofalk and after a couple of months my liver function test was back to normal, my itchiness was much more manageable and my hair had started to grow back. The fatigue didn’t improve but I find ways to manage it – my philosophy has always been to fight it. Even when I was at my worst I never took a day off work, instead taking annual leave to attend hospital appointments.

Now my mission is to make more people aware of PBC. It’s not that rare but I understand that many women are, like me, going undiagnosed for far too long.

The healthcare professionals don’t seem to know about it either. I saw several GPs over four or five years and two separate consultants from two different specialities and not one picked up my PBC. If they had, I could have been spared an awful lot of misery. I hope I can help others to get diagnosed much sooner than I did and get the help they need.

I now run a self-help group for people in the Nottinghamshire area, which gives them a space to share their experiences of living with PBC. It’s easy to get depressed, but hearing others in the same boat talking about what they’re doing and how they’re coping helps you realise that everything will be alright.

I’ve been on TV and done a live radio interview with members of the group. They mean so much to me, they feel like part of my family.

Coping with PBC has been tough, but I refuse to let it take over my life. Let’s try to raise awareness of this condition and help as many people as possible get the right diagnosis.