She poured my tea from a fine china bone teapot before settling in the armchair opposite me. I curled my fingers around the dainty teacup and took a small sip. 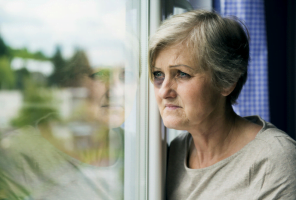 We had arranged not just to catch up, but also to discuss a book I am writing in aid of charity to petition for changes in domestic and sexual violence. In many ways, she was the ideal person with whom to discuss the task at hand.

When our conversation eventually turned to the project, she came alive with support. An hour or so slipped past. She hesitated a little before she said it.

“I hope you understand I can never read it.” She peered into her cup as if the reason swam in her tepid tea. “Just in case it triggers my anxiety or post traumatic stress disorder (PTSD).” I reached forward to take her hand as its warmth filled mine.

The kind of success that most people daydream about – she had it all. Her home was like a manor house straight out of a Jane Austin novel. She was loved by those who knew her, as well as by those who simply knew her name. Yet none of it could erase that darkness firmly etched into her blue eyes for over fifty years.

She was raped. As a teenager. By a relative. Repeatedly.

She moved out. But it continued to happen. By her then boyfriend. He said it was her fault. Then he would tell her that he loved her.

It is said that time heals all wounds, but does it really in all cases? Rape trauma causes both short and long-term stress reactions due to a very specific type of PTSD called RRPTSD (Rape-Related Post Traumatic Stress Disorder), which is very different to PTSD experienced in others, such as soldiers.

There are four main aspects of this type of PTSD:

It is common for survivors to experience flashbacks or recurring nightmares about the incident. These can also be caused by specific triggers that act as reminders.

Years after, survivors may still instinctively avoid things related to triggers. It could be such things as not wanting to go near to where it happened or even more minuscule details such as avoiding specific scents.

They can often grow detached from their environment and people around them. It is not unusual to feel disconnected emotionally or to experience bouts of disassociation.

There are very specific changes in the brain, namely, the hippocampus, amygdala and the prefrontal cortex. These are the areas that are responsible for memories and emotions. Due to an on-going hyper-vigilance, the flight or fight response is often over stimulated, which results in difficulties with eating, sleeping, concentrating, memories, and of course, the dreaded anxiety or panic attacks.

Women are said to be more than twice as likely to develop PTSD than men. Studies show that 94% of women who are raped will experience PTSD. Despite this, most charities for PTSD only assist veterans, denying many victims of abuse the much-needed support.

For those living in the UK, the NHS does offer free support, but it means waiting for a year or more before receiving therapy – and even then, is a mere one hour every week enough for those battling such scars?

See also  The many benefits of sleep

If you would like to find out more, please watch my Facebook message or sign the petition to re-evaluate long delays in the criminal justice system, which causes further trauma and distress for victims.

The more we can raise awareness of PTSD amongst women, the better… so let’s join together.