How will Petrodel v Prest change the face of family law? 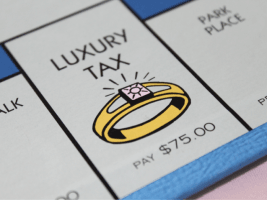 Petrodel v Prest is a controversial and landmark case which revolves around the interaction of family law and corporate law principles.

Yasmin and Michael Prest married in 1993 and are now both in their 50s. They are divorced. Michael works in the oil trade and, during their marriage, both parties enjoyed a luxurious lifestyle – their family home was valued at around £4m and Michael’s wealth was estimated to be around £37.5m.

The High Court initially ruled that these properties did indeed form part of Michael’s assets and therefore formed part of the matrimonial pot for distribution. The Judge described the Petrodel Group as the husband’s “alter ego”.

Yasmin was awarded a capital settlement of £17.5m, which was to be satisfied by the Petrodel Group transferring 14 properties to Yasmin.

The Court of Appeal

The Petrodel Group appealed this decision and the Court of Appeal found in their favour, deciding that the company and Michael were separate and distinct legal entities – although Michael was the 100% owner of the companies that formed the Petrodel Group, he was not necessarily the beneficial owner of the Group. The Court of Appeal refused to endorse the decision of the High Court and pierce the ‘corporate veil’.

The Court of Appeal may have reached a different conclusion if Yasmin had been able to prove that Michael transferred the properties into the company’s ownership with the intention of keeping those assets out of her reach.

As it was, the company structure had been set up for legitimate business reasons, i.e. asset protection and tax avoidance, from which the family benefitted throughout the marriage. There had therefore been no impropriety on the Michael’s part as far as the Court of Appeal was concerned.

This case has highlighted the grey areas between family law and the strict principles of property and company law. Yasmin’s legal team suggested after the Court of Appeal hearing that: “…devious men who want to avoid making fair provision for their wives will rejoice at this decision.”

However, Yasmin appealed to the Supreme Court and the judgment was released on 12 June 2013, the ripples of which will have a lasting impact on how family law interacts with commercial law on a practical basis.

In essence, Yasmin’s appeal was successful and reinstated the order of the High Court. This means that Michael is required to transfer the 14 properties owned by the Petrodel Group to Yasmin to satisfy her award of £17.5m as originally ordered.

The Supreme Court was satisfied that Michael had used his own funds to purchase these properties, despite them being held in the name of the Petrodel Group, and he therefore had a beneficial interest in them.

It is widely acknowledged throughout the legal community that the outcome of this case will be a defining authority for future divorcing couples whose assets comprise commercial interests.