Home / Time off / Travel / Notes From the Auvergne: why do French men read cartoons? 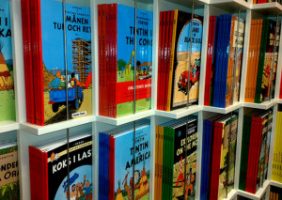 Did you know that France has the third largest cartoon/graphic novel market in the world, after the USA and Japan? Neither did I, until I moved to France. Over here they are known as bandes dessinées or BDs for short and are considered the 9th form of art – just don’t ask me what the other 8 are.

The market is worth around 300 million euros annually and approximately 40 million are sold with over 3,500 new titles published each year, the majority of which are aimed at adults.

Angouléme, in the north west, has been having an annual festival since the mid-70s and attracts roughly 250,000 visitors each time. Manga, the Japanese version of cartoons, became popular here in the 90s and attracts more female readers than the BDs appear to – so what is it about classic cartoon that appeals so much to French men?

I remember clearly the first time I saw French men reading their cartoons. It was my first Christmas at my husband’s family home. We had only been together a few months and I didn’t know any other French people. 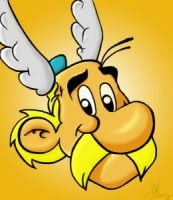 I went into the lounge one evening and there were my husband, his dad and two brother-in-laws all engrossed in their respective BDs. His dad was reading Tintin and I thought ‘What on earth are these men doing? Are they a bit simple and need pictures to read a story?’

READ  A move across the Channel: A dream house in France 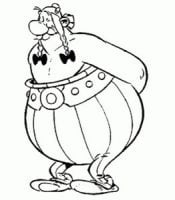 We bought a biography of Steve Jobs in BD form for our eldest, when he was about 12, to help him understand the man and his life in a more engaging way than a standard biography could do. But guess who ended up reading it? Yup, the ‘man of the house’. And very interesting he said it was too.

He has collections of some of the most successful series including Thorgal, which tells the story of a young man and mixes up science fiction, mythology and Atlantean fantasy into one world. I have no idea how that one works but new editions are still being published 30 years on and he loves being tucked up in bed and sucked into another world, far removed from reality.

Largo Winch is another series he loves, which started out as novels but wasn’t successful until its author collaborated with an artist to bring them to life in cartoon form. They began in the 70s and tell the story of an orphaned young man who wants to avenge the death of his adoptive father and protect the business empire he is head of.

READ  The four best countries for a romantic trip

In any case, BDs are seen as part of the national identity. Asterix continues to bring out new editions, making references to modern France. A recent one painted a rather unflattering portrait of former President Jacques Chirac.

With fewer books being published and more people reading ebooks, cartoons still remain a large part of the publishing world in France. When your interest is driven by the artwork, a hardback, coloured book is not easily replicated on a Kindle.

Or maybe French men are just immature? Dare I say that? Yes, maybe that is my answer.