I won’t lie – it has taken me a while to discover and enjoy French music. 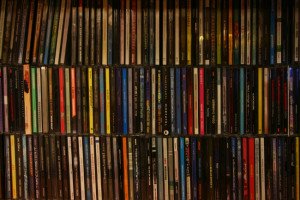 When I first saw popular artists on French TV, I laughed, as they all seemed so dated and out of touch with pop music. Everything reminded me of the Eurovision Song Contest.

However, over the years I have come to admire quite a few and would like to share some of my favourites with you.

First up is Zaz, a young woman with a husky voice whose music is a mixture of jazz, blues, pop, African and Latin. 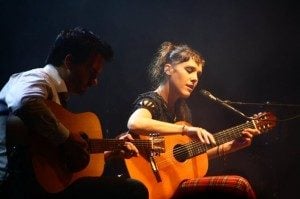 She started studying music as a child and part of her craft has been learned from touring Russia after being heard in a piano bar there. Her songs are a mixture of her own compositions and others.

She made her UK TV debut in October on the BBC One Andrew Marr Show where she sang her hit single Je Veux from the CD album of the same name.

Released in 2010, the song is about society’s disregard for consumption and was voted the public’s favourite the same year.

She likes to play small venues and as well as touring and recording she can be heard singing in Martin Scorsese’s film, Hugo Cabret.

Christophe Mae played the drums and violin as a child, but being given a harmonica was the biggest thrill for him, as Stevie Wonder is one his biggest musical influences. Bob Marley also gets a hear-in and you can hear reggae, soul and blues in his self-penned songs.

Christophe first came to our attention over here whilst playing in a musical, Le Roi Soleil, based on Louis XIV. His first album Mon Paradis has sold over 1.6 million copies and has several hit singles on it, including On S’Attache and Belle Demoiselle.

His second offering On Trace La Route was a big success too, and in 2010 he was the highest paid French musician, showing how popular he had become. His latest CD is influenced by a stay in New Orleans and his concerts are full of vibrancy and warmth. A born entertainer, he appeals to young children as well as adults.

Francis Cabrel is an established singer/songwriter who started his career in folk groups in the late 60s and early 70s. After being given a guitar as a teenager he started writing his own songs including Petite Marie which he dedicated to his wife and which won him a singing competition in 1974.

READ  7 reasons travel is good for your mental health

This song is ingrained in many people’s hearts. It is beautiful and timeless. He has produced 12 studio albums to date and his music is real poetry. 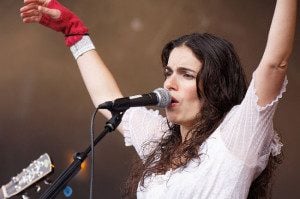 Yael Naim was born in France but spent most of her childhood and young adulthood in Israel. She sings in French, English and Hebrew and, in a similar way to Christophe Mae, became better known after playing a prominent role in a French musical, The 10 Commandments.

Her self-titled CD includes the well known New Soul track, which Apple used when publicising their MacBook Air laptop. Britney Spears’s Toxic gets a make-over on the same CD and is a slower and more interesting version in my eyes.

She mixes pop, folk and new wave and is an accomplished pianist who resembles a kooky young girl but is incredibly creative and imaginative in what she produces.

Finally, Laurent Korcia is a contemporary violinist who plays classical pieces including Bach, Bartok and Débussy, but also more modern pieces too. He has played with orchestras worldwide, including the Royal Philharmonic and the English Chamber Orchestra and numerous festivals such as Brighton and Exeter in the UK.

His Cinema album is made up of extracts from 20 film scores, and my favourites are his interpretation of Schindler’s List and Mission Impossible accompanied by an accordion and double bass. The latter track had my boys acting out their James Bond fantasies as it played in our lounge.