Home / Happiness / Family / Notes from the Auvergne: Christmas in France

Christmas in France, like any country, is (excuse the pun) wrapped up in traditions. 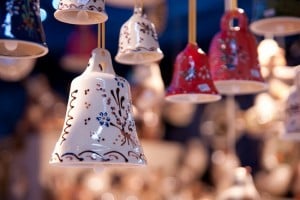 Some French people, especially in the east and northern parts of the country, celebrate St Nicolas on 6 December (like Holland and Nordic countries). In Alsace children put boots out overnight to find them filled the next morning with fresh clementines, pain d’épices (gingerbread) and chocolates.

St Nicolas is seen as a protector of children and a bearer of gifts for them. He is accompanied by Père Fouettard (Father Whipper) who gives out lumps of coal or floggings to naughty children!

Christmas in France has come to involve other celebrations too. In Lyon the famous Fête des Lumières takes place on the 8 December and the whole city is lit up. The tradition here is to put candles in your windows as a show of respect to the Virgin Mary.

In 1643 there was a plague and town councillors promised to pay tribute to Mary if the city was spared. Ever since there has been an annual procession to the Basilica Fouvière in this city to light candles and give offerings in Mary’s name.

The Basilica is lit up in different colours and a light show takes place in the main square, Place des Terreaux. Around 4 million visitors come to Lyon for the weekend of festivities and hotels are booked out for up to a year in advance.

Most French people I know have their main celebration meal on the evening of the 24 December. Known as le réveillon, it used to take place after midnight mass, so Christmas Day really, but has become more popular (and practical) on Christmas Eve. Many families open their presents at this time, whilst others put out stockings ready for the next day. Christmas in France means pushing the boat out food-wise! The following are commonly found at meals during this festive time:

Salad with Foie gras, accompanied by fig bread or pain d’épices and chutney.
Turkey or Capon are the norm but quite a few seem to like doe or wild boar.
Gratin dauphinois is a popular choice to go with the meat.
Oysters (but these tend to be consumed more at New Years Eve).
Bûche de Noel (Christmas log) for dessert is a must – the traditional one is chocolate and chestnut but all flavours are possible. The dessert represents a log which burns from Christmas Eve to New Years Day in the Périgord region and originates from a Pagan Gaul tradition. 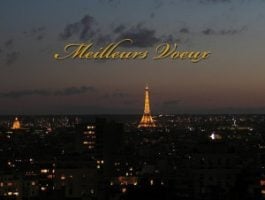 Christmas Cards have never been sent as much as they are in the UK but there is certainly more choice and availability now than when I first arrived.

Nativity plays don’t take in public schools as French law requires the Church and State to be separate, so public schools cannot endorse or promote any religious dogma. And there are certainly no pantomimes to entertain anyone!

The celebrations continue until the Epiphany, which is 12 days after Christmas. The end of the festive season is marked by eating a round pastry filled with marzipan with a hidden charm or fève inside it. Whoever finds it is meant to have good luck throughout the year!