Home / Time off / Travel / A move across the pond: so we speak the same language? 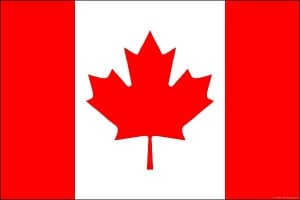 Looking back after 10 years of living in Canada I still marvel at our ignorance, innocence or plain stupidity with regards to how little we knew about what life in Canada was going to be like for us as a family.

For a supposedly educated and intelligent couple we really knew very little about what living here was all about and thought that the experiences we had gained on numerous vacations, plus the fact that my sister was living in Quebec, would be all we needed. How wrong can you be? We didn’t even realize that parts of Canada were French speaking…boy were we in trouble!

For the first few months after we arrived I felt as if we were living on a movie set – true it didn’t help that we were living in a new community called Chapparal! The main arrival cities for new Canadians are Montreal, Toronto and Vancouver and very few new immigrants choose Calgary unless they are cowboys or oilmen.

Seriously, 10 years ago Calgary was still considered by the rest of Canada as a cow town and its only claims to fame were the 1986 winter Olympics (remember Eddie the Eagle?), the Calgary Stampede and the Rocky Mountains. Remnants of the Olympics are still evident around the city, from Canada Olympic Park to Olympic Plaza; the stampede still happens for 10 days each July, when the whole city wears cowboy boots and jeans; and the Rocky Mountains continue to stand as a timeless magnificent backdrop to this young growing city.

It has changed now (although as a city we have only just passed the one million mark) and this in thanks in no small way to oil and gas, which makes Calgary a very attractive landing spot for new Canadians. However, when we arrived a decade ago one of the first things I became aware of was how white everything was – and I don’t just mean the snow. Our first friends were a family from Australia and Zimbabwe and I recall the husband telling me he was sure he was only invited to parties because of his novelty value!

Learning the language even though we both supposedly spoke English was one of our first challenges. Again we were naïve and thought because we did both speak English we would all understand each other – another big mistake.

The easy things were remembering to call biscuits ‘cookies’, petrol ‘gas’, jam ‘jelly’ and trousers ‘pants’. But who would have known that a ‘toque’ was a woolly hat, ‘gaunche’ men’s underwear, ‘rutabaga’ a swede, that you don’t stroke a dog, you ‘pet’ a dog and ‘snow flurries’ actually means anywhere from 2 to 15 cms of snow.

I vividly recall standing at the school bus stop with our daughter the first ‘fall’ as it rained snow – the snow came over the top of our beautiful new snow boots – and yet the weather forecast had only mentioned flurries! It was all so confusing but we learned pretty fast, mainly through trial and error and through reading the look of bemused horror on Canadian faces when we said something that to their minds was completely crazy.

And change it does. We can experience 20-30 degree temperature swings in the same hour. Plays havoc for migraine sufferers and makes knowing what to wear a nightmare, but despite the extremes of temperature we do enjoy beautiful big blue skies and even when it’s -30 the sun usually shines.

Regardless of all the early challenges we faced we are still here and probably now feel more Canadian than British most of the time – although I still dream of M&S and Waitrose, and Sainsbury’s dishcloths simply cannot be beaten!