Home / Time off / Travel / Notes from a globetrotter: in the hands of Hezbollah

Elizabeth Stephens reports from Beirut as Hezbollah guards step up the interrogation. 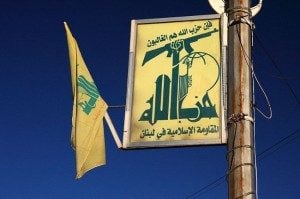 It feels as if stability in the region is balancing on a hair. The entire international community is holding its breath. Sadly, we all seem to be waiting for the US – will they act unilaterally in their interventions, and if so, what will be the scale, the impact, and the aftermath?

On a micro-scale, I have seen my Shia neighborhood vamp up its security to an alarming extent. Checkpoints are now ubiquitous, dotting each and every block. All cars are stopped regardless of the passenger – I’ve seen men in military uniforms humbled by 15-year-old Hezbollah officers as they are forced out of their Humvees, which are then rigorously checked.

At the checkpoint closest to where I live, the officers in charge know me by my first name, they know my nationality, that I take sugar with my coffee but no cream, they know my boyfriend’s name, his profession. They know me more intimately than any law enforcement officer ever has and I know them and, despite this, I am still stopped increasingly often.

My six foot seven Egyptian friend with a beard was my first experience with Hezbollah detention. We were trying to get through on a Friday evening. They asked for his ID, not mine, and then pulled us to the side of the road when he attempted to speak to them in Arabic.

The experience was jarring, yet far from frightening. I sipped on black coffee that tasted like tar as they questioned my friend.

I made polite conversation with the Hezbollah checkpoint leader while he calmly and condescendingly blew cigarette smoke in my face and, after 20 minutes (and after being yelled at by my landlord), they let us go. Khalas. The end. And that was the worst that I thought could happen. I was mistaken.

We are one Lebanese-American, one Lebanese, and two Americans as we enter my neighborhood in Southern Beirut, Harat Hreik. We enter the same way I always have. The men there know me, but they do not recognize the other faces.

We are stopped, as I suspected we would be, and are questioned for the better part of an hour – what are we doing in Lebanon, how long have we been here and why do we live in Harat Hreik, what are our religions, professions, hobbies, hopes, dreams and aspirations? But eventually, they see that we present no imminent threats and let us go.

I am annoyed, but am convinced out of my irritation quite quickly. The night is young and so are we and, without the presence of Hezbollah stalking our every step, we enjoy the rest of our evening.

After several hours, my American friend gets ready to leave. I walk him out of the building and onto the desolate streets of Harat Hreik, to the second checkpoint nearest to me. I do not know the officers stationed there, but do not anticipate difficulties given that I have NEVER been hassled nor have I ever seen anyone else checked or searched – on foot or in a vehicle – in their attempts to exit through one of the checkpoints.

I see him to a taxi, wave goodbye, and walk back to my apartment. My foot has barely crossed the threshold when I feel my phone start to buzz and ring violently.

The American: “I got stopped.” 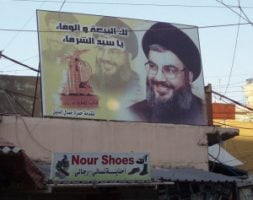 His breathing is heavy. For a big guy – over 6 foot 5, and 200 pounds of muscle, at least – hearing anxiety seep into his tone makes me apprehensive. I stop in my tracks. My roommate looks up at me and asks me what happened.

I regurgitate the words the American just told me, my voice as stark and hollow as his had been seconds previous.

“He got stopped by a group of Hezbollah officers about a block away from the checkpoint. They’re questioning him and want to take him to a second location, but they won’t tell him why or where or for how long.”

She asks me to hand her the phone. I do. Placing it on speakerphone I’m able to understand bits and pieces of the Arabic conversation that ensues. The checkpoint guard clearly isn’t happy with her, and I hear him tell her that he can do what he wants when he wants and there is nothing she can do about it.

Throughout the course of the evening, I realize the stunning truth: he is absolutely right. After a few more words thrown back and forth meaninglessly, he tells us that our friend will be safe and will be released. She asks when, but he does not give an answer.

Unsatisfied, we go down to the checkpoint. It is around 4am. I shout at the Hezbollah police that I find, but they know nothing of the situation. There is no dissemination of information from one gang of Hezbollah guards to the next – I am not sure, but believe this may be done on purpose, to make it that much harder for outsiders to gain entry into the vicinity.

I’m still furiously throwing around words like kidnap and illegal, but the officers don’t take me seriously. My roommate talks me down. With the last of the credit I have left, I call the American.

The line goes dead shortly after. I call back, but get no answer. I call a third time, but the line is still empty, a blank void of nothing in which anything might have happened.

Sometime close to 7am my roommate and I realize that there is nothing we can do. Hezbollah runs the streets – there is no army, no police to turn to – they are the law and order and everything else and we have run completely out of options. Dejected and defeated, we return to my apartment.

At 11 am I lurch out of my bed to the sound of a telephone call. I answer on the first ring and I know it’s the American even before he says anything.

“No. I’m not okay. They held me overnight in an underground Hezbollah jail cell. They interrogated me until10am.”

I’m shocked, and quite nearly speechless. After a few seconds I manage to say: “Where are you now?”

He tells me the name of a location just a few kilometers from my house.

Confused, I ask why. He tells me that he needs to go work through some of his feelings. I ask him to elaborate.

“Honestly, for a second I thought that was it. I was blindfolded, forced into a car, and taken off the map. They could have killed me and no one would have known about it for days. I was scared.”

I can tell that this is hard for him to admit, and I don’t know what to say. Sorry? Apologies don’t come close to conveying my true feelings on the subject. I’m horrified, but more than that I’m just confused. In an area of the city where one group acts as the judge, jury, and executioner, I could not know what that might have felt like, to have my whole life in the hands of Hezbollah, and to be unsure of my impending sentence.

I apologize. He tells me it’s not my fault. I tell him I know, but that I’m sorry nonetheless. And just before he hangs up the phone he tells me that he has a lot more respect for Hezbollah now, after they let him go and drove him back to civilization.

“They kept their word,” he says.

I laugh humorlessly and hang up, but I do not go back to sleep. Instead, I stare at my phone, screen now blank, as I try and fully understand the precariousness of his situation.

I try and imagine what life would look like from the inside of a Hezbollah jail cell and remember what he said – they kept their word – but most of all I try very hard not to think about where the American would be now if they hadn’t.