Home / Time off / Travel / Notes from a globetrotter: checkpoints, curfews, and explosions in Beirut

Elizabeth Stephens reports back from Beirut, Lebanon as tensions escalate. 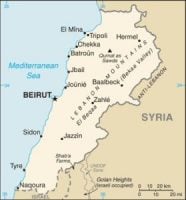 You can taste the tension in the air mingling with the acrid scent of cigarette smoke and the sweeter aroma of argileih that wafts just above it. People are afraid.

I live in Southern Beirut, where a car bomb killed nearly 30 people last week. I live in a Shia neighborhood. The twin attacks on Friday outside two mosques in Tripoli, killing over 40 people and wounding 400 others, was likely an attack against Sunnis, or, more specifically, against two well-known and ultra-conservative Salafi preachers.

Lebanon is not new to sectarian violence. The divisions between Christian and Muslim and Sunni and Shia have been a longstanding struggle for this country for centuries.

However, this violence feels – not unprecedented – but different in light of the escalating violence in Syria, the mass influx of Syrian refugees into Lebanon that number nearly 700,000 and are in addition to over 90,000 Palestine refugees from Syria that have also entered Lebanon, and now the recent explosions of chemical agents and Serin gas that, on Thursday alone, killed nearly 1,500 people in Syria’s capital city of Damascus.

Things have begun to change. Things are different.

A knock-on effect from Syria 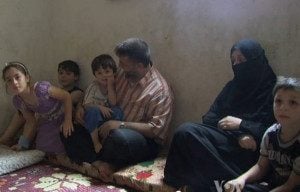 The Shia Hezbollah, largely backed by a Shia-dominant Iran, provides military support to Assad and the Alawite government against the Sunni Free Syrian Army, backed by the West and other Arab and Gulf States.

There is a prediction, one I hope does not come true, that has been echoed by many of the people I’ve spoken with in the UN, in local governmental and non-governmental organizations, on the streets, in taxis, and across a broad range of Arabic and English Middle Eastern news channels: will the fighting in Syria spill into Lebanon? I wonder this less and less frequently these days. In my opinion, it already has.

The region is spiraling fast. I liken the explosions and attacks of violence and terror in Beirut to contractions – last year this time there might have been one attack every four to six weeks, but now the attacks are happening on daily increments. What will my neighborhood, which was open and accessible just three weeks ago, be like one year from now – no, not a year from now – but a month, a week, tomorrow?

The checkpoints in the southern suburbs of Beirut make it difficult to get around. I can leave my neighborhood, Harat Hreik, with relative ease. But no taxi dares to venture back here, given the likely chance that they’ll be stuck in traffic for upwards of an hour, just to try and get to a neighborhood that would typically take no more than 15 minutes to drive to. 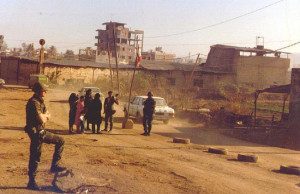 My building has a curfew now. It shuts down, like a fortress, at midnight. I feel like the Cinderella of a monstrous dream as I hand my ID to the Hezbollah security guard at the entrance to Harat Hreik.

He was the one to detain me and my Egyptian friend the previous weekend; I could have gone through, but my friend couldn’t – too Egyptian, too tall, too bearded, too Arab-looking? This security guard, a 15-year-old boy with a walkie-talkie dressed in faded jeans and a casual T-shirt, knows me by my first name now and asks me about my Egyptian friend, the one who, for over an hour, he interrogated and hassled.

I thank him and take back my ID, then start to make my way down the narrow, dusty streets of Harat Hreik, which are oddly desolate and quiet this evening. I do not tell him that I think the conflict between Sunnis and Shias is haram – against God, and against Islam – and that by aligning himself with a group that is fighting a war that is not theirs in the first place he is indirectly jeopardizing the safety of everyone in Harat Hreik, in Beirut, and in Lebanon.

He shouts a brief goodbye after me, but I do not tell him thank you. Instead I turn and say salamtak, or peace be upon you. He stares, perplexed, but I do not give an explanation.

Instead I walk quickly down the quiet streets, which are so atypically dark that I nearly walk straight past my building. And when I go inside tonight, I do something I’d never done before. I step into the bright stairwell, and behind me, I close and lock the door.