Home / Time off / Travel / Notes from a globetrotter: Cairo 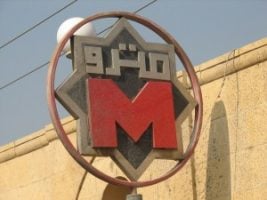 I’m sitting on the metro in Cairo trying not to sweat. It’s not as easy as it sounds. The wind is buffeting me around like I’m stuck smack dab in the center of a convection oven, but at the same time I can still feel little beads of wetness sliding down my spine. They’re warm, like summer rain, those cerulean droplets. I lean back into the bench behind me and close my eyes.

The people are staring at me. Some men have been staring for the better part of half an hour. UNBLINKING. I’d like to say it’s because I look particularly charming, but it’s not. I’m hot and sweaty and covered in dirt.

I remember what a friend of mine said once when we were stuck on an eight-hour ferry boat ride from hell, traveling from Aqaba in Jordan to Nuweiba in the Sinai Peninsula: “I feel like I’m in a fucking zoo.” It’s difficult to truly express the striking accuracy of that statement. But I’ve gotten used to the staring, and sometimes I even have the audacity pretend that I’ve started not to mind. 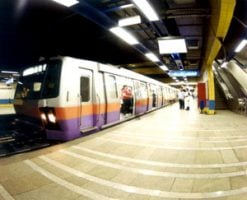 The metro’s windows are open behind me and the wind is ravaging my mahogany curls. I feel dirty and sweaty and beaten by the sun and the wind and the elements and yet somehow all of these things come together and I find myself feeling a deep, earthen brown, and singularly beautiful.

The Sadat station coming up. I’ll get off and walk up into Midan el-Tahrir then down Shariah Talat Harb until I realize that Jeremy was probably right and Horreya is actually the next street over. Then I’ll cut through to Shariah 2aser el-Nil.

I’ll probably be accosted by at least two or three Egyptian men who are trying to help me – genuinely, they are – but I’m feeling less than friendly. I’ll pretend I don’t speak Arabic or English, and that I’m from France. It usually works. Only one time did I ever shoot myself in the foot, when I discovered that the guy spoke French fluently.

I’ll make my way through the packed downtown streets that are illuminated by the harsh fluorescents of the storefronts – so bright that on the ground darkness cannot touch us. I’ll find Jeremy and Dan, who lived with me in Egypt and in Jordan after we were evacuated at the onset of the Revolution, at Horreya. Freedom.

Horreya is the divey-est place imaginable. But the drinks are cheap and the people always interesting. It’s one of those places that I never actually want to go to, but always enjoy once I’m there. Being there feels like being in a grade-school cafeteria, except the only thing on the menu is your choice of Egyptian beer.

Sakara and Stella. I like seeing those large, green bottles. When I see them, I know I’m exactly where I want to be with the people I want to be with. Someone once defined “home” to me using that exact expression. I suppose that is how I feel, a little bit, when I visit Cairo, when it revisits me.

Whether it be at a fancy club in Ein Sokhna where I have the privilege of meeting a famous belly dancer, eating Kombella at Karnak in Saida Zeynab, walking across the Nile, weaving through the streets on the back of a Pizza Hut delivery boy’s motorcycle, or sitting with old friends at Odeon or the Rooftop or L’Aubergine or Horreya. Just a little bit of me feels that everything is as it should be, and the world is right again.