Near East (or UNRWA, in case you don’t feel like stumbling over that mouthful) and had the opportunity recently to travel with a photographer to one of the refugee camps in Lebanon.

The camps that UNRWA works with are those meant for Palestine refugees coming in from Syria. The individuals in these camps are displaced, most of them for the second time, and as of July 2013 the total number of Palestine refugees from Syria living in Lebanon has reached over 92,000.

This number is expected exceed 150,000 by the end of December and does not include the mass influx of Syrian refugees who have moved to Lebanon in response to the Syrian crisis or Palestinian refugees from Palestine who already inhabit the country. 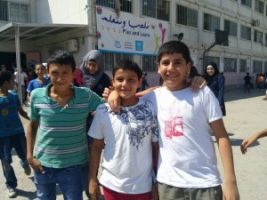 I traveled north with this photographer and toured the UNRWA school in the Beddawi refugee camp. The camp, unlike what I had previously expected, was not a compilation of tents and other makeshift structures, but a city.

The city operates autonomously from the Lebanese government and even the Lebanese Armed Forces are not allowed to enter beyond the gates.

Instead, the city is run by the Internal Security Forces, a coalition of the various sects within the Palestinian camps, and it administers its own laws, rules, regulations, and order. 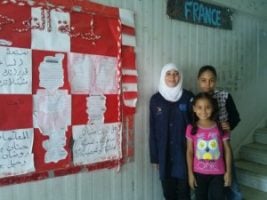 It’s a fascinating and complex system that I still don’t fully understand, but what I do know is that even though Palestinians in Lebanon are denied many of the basic services and civil rights extended to Lebanese citizens, the kids I found within the camps were resilient and incredible and inspiring and filled me with a renewed rush of hope.

Part of this post is written in images, rather than words, because nothing I could write would be able to capture the energy and excitement of the Beddawi camp kids. They were, to put it simply, incredible. 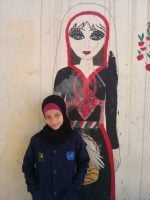 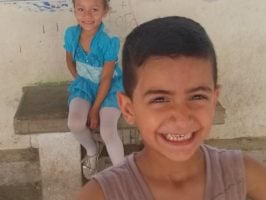