Before suffering from loss of sleep myself, I didn’t know sleep deprivation and insomnia were two totally different things. Nevertheless, they denote two general ways a person loses out on sleep.

When insomnia is the culprit, one can’t sleep, but if someone is deprived of sleep, slumber is literally being taken away.

On average, I’ve been up till about 4am the last few months. More often than not, I will wake up after four to five hours of sleep.

Regardless of how little sleep I got from the night before, every night around 9:30pm my brain naturally perks up.

It doesn’t stop there though. Once I actually do fall asleep, the quality of the sleep itself becomes questionable.

I have an activity tracker that provides pretty accurate readings due to the built in heart rate monitor. In addition to tracking steps, calories burned, flights of stairs climbed, etc., it also tracks sleep. So, I started to check my sleep patterns and was taken aback at how little quality sleep I was actually getting each night.

For instance, on one occasion I slept for three and a half hours. My total awake / restless time came to two hours. In total, the tracker stated I had only one and a half hours of quality sleep.

When it comes to not getting enough sleep, I am far from alone. Sleep deprivation is most certainly a growing epidemic according to reports, and can have serious impacts on our health.

1 Regularly skimping on sleep can pack on the pounds

Sadly this is true.

Missing out on sleep obviously leaves us with less energy than if we were to get the recommended average of eight hours a night. When that happens, our body lets us know it wants energy that’ll hit the bloodstream fast. And the type of food to do that? Processed Carbs. Sugar. Fat.

That’s right. Sweets, bagels, cake, scones. The food we’re supposed to enjoy in moderation, we are now craving by the truckload!

Additionally, sleep deprivation may temporarily confuse ghrelin and leptin, your two hormones regulating hunger. As a result, your appetite could send you on a search for some scrumptious treat.

Cortisol is another hormone affected by lack of sleep. A well rested body has cortisol levels that wind down at the end of the day, in preparation for a rejuvenating night’s sleep.

For those who don’t get adequate rest, the opposite seems to be true. Increased cortisol causes the body to store fat rather than lose it.

See also  Prescription drugs: could you be addicted?

As much as I hate admitting this, I cannot tell you how many times I’ve traveled solo and it took everything I had in me to stay awake.

When tired our reactions times are slower and we suffer from impaired attention, judgment and decision making.

Even if you don’t stay up all night, being somewhat sleep deprived can still put you at risk. Getting only an hour or two less than the recommended eight hours a night actually doubles your chances of getting into a car accident.

3 Not getting enough sleep affects your memory

I can personally attest that this is 100% true. I used to have a pretty good memory. I could remember the tiniest of details of the most insignificant moments.

Notwithstanding the time between the beginning of the year and now, there have been a handful of incidents where I blank out on not just what month it is, but the entire season. Even though my brain doesn’t clock out for more than a second or two before catching up, it’s still a tad unsettling.

Web MD sheds some light on why the memory of a chronically tired person may become a bit wonky. Researchers point to “sharp wave ripples,” a function of the brain in charge of solidifying memories.

Usually these sharp wave ripples are most active during Restorative Sleep, otherwise known as Stage 3 sleep. However, when you’re not getting a sufficient amount of that deep, restorative sleep, “your brain has a harder time absorbing and recalling new information.”

My memory is not the only thing that left town though. Apparently, it caught a ride with my attention span and dexterity. 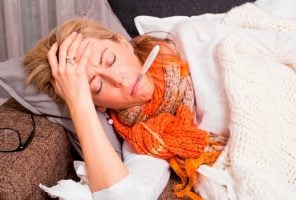 The immune system gets work done while you sleep. It releases proteins called cytokines, and disperses them throughout the body to deal with infection, inflammation and stress.

When you have shoddy sleep habits your body is not working to its full capacity, leaving your immune system unable to fight off bacteria or virus.

So, unlike the old wives tale suggests, sleep deprivation itself will not make you sick. However, it may increase your chances of coming down with the flu.

5 Not enough shut eye can wreak havoc on your emotions

We all know that we get grumpy when we are tired. For me personally, not getting enough sleep most certainly brings out my ‘Super Emo Girl.’

But instead of having super powers like flying or shooting spider webs, I will cry at a car commercial, throw a temper tantrum when I can’t find my car keys, and become annoyed with my husband for walking up the stairs too loudly.

In a good sleeper, the areas that control emotions of the brain are effortlessly dancing together, 100% in unison. But if someone is sleep deprived, everything begins dancing out of sync, making it more difficult for that person to keep their emotions at bay.

6 Missing out on sleep is linked to depression

Since we’re on the topic of how lack of sleep affects our emotions, it’s no surprise that depression and sleep deprivation go hand in hand.

Depression is linked to many variables; genes, environment, events one has gone through and so on. More recently, sleep deprivation, is also thought to be a part of the equation.

7 Sleep deprivation not only adds years to your face, it actually makes you age faster

Anyone over the age of 30 knows the term, ‘getting our beauty sleep,’ is not some silly, meaningless phrase.

Losing out on sleep causes red and swollen eyes, dark circles and wrinkles.

Oh but wait, it gets worse. You’d think ageing faster occurs over time from years of inadequate sleep under your belt. The truth is though, just one night of lousy sleep can speed up the ageing process. One night.

Additionally, since lack of sleep speeds up the ‘molecular processes’ that help the body get older, researchers are also reporting we have a higher chance of developing chronic disease. 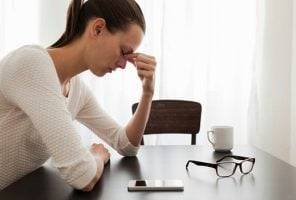 Sleep not only has an effect on our immediate health, it is an important factor years down the road.

Sleeping less than seven hours per night is all it takes to increase our risk of many diseases once we’re older. Some of these include:

High Blood Pressure – Losing out on sleep can do a number on our hearts, causing increases in blood pressure.

Obesity – It’s been suggested that sleep deprivation could very well play a big roll in the current obesity epidemic.

Diabetes – Adults sleeping five hours or less a night have a higher chance of developing type 2 diabetes. Also, if a person is type 2 diabetic, getting a good night’s sleep on a regular basis could help to keep blood sugar in control.

Heart Disease – Even a slight reduction in sleep is associated with an increased risk of heart disease.

Experts highly recommend we start thinking of sleep along the same lines as eating healthfully and physical activity. Yet, these days it’s not uncommon for sleep to be put on the back burner.

For the most part, researchers are pointing fingers at modern technology. Tablets, smartphones, TV’s; almost any electronic device we plant ourselves in front of within an hour of bedtime gives off a blue light which confuses the brain into reacting as if it were daylight, triggering a surge in energy.

9 Sleep deprivation may increase your risk of premature death

Aside from being a major contributor to diseases that could possibly lead to an early death, studies show short sleepers tend not to live as long as successful snoozers.

With that being said, sleeping from sun down to sun up is not any better. Anything over nine hours of shut eye per night is problematic as well, suggesting that a sedentary lifestyle is unhealthy.

Aim from anywhere between seven to nine hours a night for the sleep sweet spot.

Ways to improve your sleep habits

Although easier said than done, experts recommend making these seemingly simple changes in order to get more sleep.

• During sleeping hours, keep your bedroom as dark as possible.
• Stop using all electronic devices, including your TV, at least an hour before bedtime.
• Aim to fall asleep and wake up around the same times every day, including weekends.
• Train your brain to make sleep a priority, not a luxury.
• Try to establish some sort of relaxing evening routine to prepare your body for sleep. Take a bath, write in your journal, gently stretch, or whatever strikes your fancy.

I know, I know. It’s pretty difficult straying from basically the same evening routine you’ve had for the last decade. But compared to the alternatives, I’ll take temporarily going outside my comfort zone any day of the week.