New rules are about to come in from April 2016 that will change the way many business people are taxed. If you’re a business owner, this could affect you. 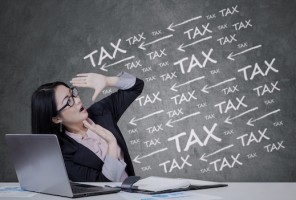 At the moment, anyone who runs a business using a limited company can take their earnings in two key ways: salary or dividends. I’m generalising a bit, but the gist is that salary is subject to income tax – basic rate of 20%, higher rate of 40% or additional rate of 45%, depending on how much income you have.

In comparison, dividends aren’t a salary, they are a share of profit. They are taken out of a company profits after corporation tax has been deducted – 20% for smaller businesses.

You can currently take dividends without there being any further tax to pay, provided your other income is in the basic-rate income tax band. Higher-rate taxpayers have to pay 25% tax on their dividends. Additional-rate taxpayers must pay 30.6%.

Remember, this tax is on money that has already been taxed in the company by at least 20%.

What are the new rules?

If you’re not sure how this will affect you, speak to your accountant – they’ll be able to give you the specific information for you and your business.

What’s all the fuss about?

Most people running a business are contributing meaningfully to their communities and to the country. They create jobs and pay taxes. They also take a great deal of personal risk. They often earn less than they would do in employment – particularly in small businesses – and forego things like sick pay, holidays and pensions.

Being able to take income out of their business as a dividend and pay a little less tax is recognition of the risk they have taken and their contribution to the growth of the economy. Some of the money that would ordinarily be used to grow their business, employ more people, or put aside to help in leaner times, will now have to be paid out as tax.

We’ve all heard politicians telling us that the small business sector is the backbone of the UK economy and that they want to support its growth. So the question is whether this new tax will help or hinder them?

There is a national campaign underway, started by Serena Humphrey from The F Word, for the issue to be debated in parliament and reconsidered. If you’d like to sign the petition you can do so here https://petition.parliament.uk/petitions/106525.