Co-parenting: what are the issues? 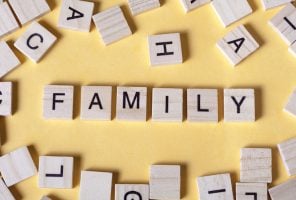 It’s day 2 of our mini-series of articles for National Fertility Awareness Week and we’re offering some information if you’re considering co-parenting. Co-parenting describes a situation where the parents are not in a marriage, cohabitation or romantic relationship with one another.

Co-parenting agreements are put in place before conception to regulate the parties’ involvement in the child’s upbringing. Such agreements may be put in place where a lesbian couple and a gay couple join to start a family and all four parents play an active role in the child’s life. There are no fixed arrangements for co-parenting and agreements can also be between one man and two women, two men and one woman, or a single man and a single woman.

It is strongly recommended that legal advice is sought and a donor or co-parenting agreement put in place to reduce any potential co-parenting disputes which could arise in the future. Examples of what can be included are:

In the event of a dispute, the court will consider the best interests of the child, although an agreement reduces the chances of a dispute arising. Whilst co-parenting agreements are not legally binding, they are persuasive provided that legal advice is taken by all involved prior to the birth.

A child can only have two legal parents, although other parents may still be able to acquire parental responsibility. This can either be acquired by agreement or by court order. The birth mother is always the legal mother, but who the second legal parent is depends on certain circumstances, including: