In National Fertility Awareness week, find out the facts on donor conception. 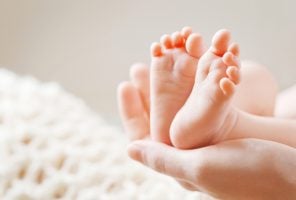 When embarking on creating a new family, or adding to your family, there are many things to consider. If you have fertility issues or are a LGBT couple and need to take a more progressive route to having children, it can also involve many legal implications.

This week is National Fertility Awareness Week, which aims to raise awareness of the #1in6 couples who struggle to become parents. To support National Fertility Awareness Week, we will be releasing a mini-series of articles every day this week. We will cover the legal issues that you may need to consider, including donor conception, surrogacy, co-parenting, employment matters for parents and why you should consider putting in place a will when becoming a parent.

Our series starts with some key facts surrounding donor conception, which is when a baby is created using donated sperm, or donated eggs or embryos.

If sperm is donated to a clinic licensed by the Human Fertilisation and Embryology Authority, any child born as a result will not be the donor’s legal child and the donor will have no financial responsibility for them. It is important to bear in mind however that any child conceived at a licensed clinic will have a right to access the following information about the donor later in life:

Since 2009 any donor can find out whether any children have been conceived using their sperm. They will only be entitled to know the child’s gender and year of birth. No identifying information will be provided.

These situations are far from straightforward and the donor’s legal standing will very much depend on the circumstances surrounding conception.

The donor will not be a legal parent if:

In all circumstances not listed above, the donor will be considered the child’s legal father and could be pursued for a financial contribution towards the child’s upbringing.

If your circumstances are such that your donor is the legal father of the child and this was never the intention, then you could apply to adopt the child. This will extinguish his legal status as the child’s father. Further legal advice should be sought at the earliest opportunity.

It is always advisable in these situations to enter into a Donor Agreement outlining how the sperm should be used. This document is bespoke to your situation and attempts to avoid any potential disputes later down the line.

The purpose of these documents is to protect the donor from any financial consequences or parental responsibilities arising out of the donation of the sperm and which were not intended by the parties at the time. If the donor did intend to be involved in the child’s life, then a co-parenting agreement should be considered (see our article later in the week).

You can consider what rights the donor and child will have to contact each other, whether there will be provision for future donations to allow for siblings to be born, who will be named on the child’s birth certificate and what legal applications will be made after the child’s birth e.g. adoption orders.

As these documents are bespoke our specialist lawyers are happy to discuss the requirements of your specific case.

Sperm donor agreements are not legally binding in the UK and should court proceedings be issued at a later date the court’s paramount concern will be the welfare of the child.

That said, provided both parties entered into the agreement freely, understood its meaning and effect and received independent legal advice, the court is likely to attribute significant weight to the agreement.