Home / Menopause Hub / My story: going through menopause at the age of 14 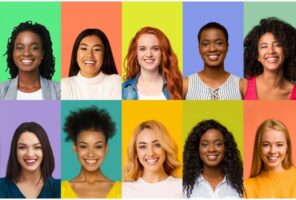 Can you imagine being told that you’d gone through the menopause at the age of just 14 years old? It sounds like a nightmare. But for me, it was a living nightmare.

The day I was told will be etched on my memory forever. My mum crying. Me consoling her – because I didn’t really understand what was going on.

My periods had started when I was 12, but they stopped after a year. I was experiencing all kinds of symptoms, hot sweats at night, struggling to focus at school. My mum took me to the doctor and I was referred for a blood test and ultrasound.

Two weeks later I got the results. I’d gone through menopause and needed to start taking HRT.

I have been quite underwhelmed by the care I was given. That was the only time I saw a consultant – 25 years ago. I wasn’t given any follow up appointments, aftercare, nothing. Just Prempak C and left to get on with it. Even when this was discontinued it was my pharmacist, not doctor, who told me.

I called my GP who changed my brand. This was horrendous though, my symptoms returned and my bleeds were very painful. I was changed again, this time onto Femoston, which I have no problems with. Thankfully. I do still have a monthly bleed, to keep my womb lining working. This was in case I wanted IVF. But I’ve decided not to go down that route. I can’t bear the thought of a grieving process if it didn’t work.

After my diagnosis, there was very little information out there. Even now, there isn’t much for teenagers going through menopause. I wish there was more available. For years, I felt lost. I hated seeing myself in the mirror, and felt I’d failed as a woman.

I learned to cope, but was very insecure. Relationships were really difficult, as I knew I’d have to explain what had happened. Even friends didn’t really understand. One even accused me of making it up. Not something I think anyone would do.

Finally, I’ve decided to speak out and share my story. I want this to be recognised more, and for people like me to get the help and support they need.

Early menopause is classed as when a woman’s periods stop before the age of 45. If this happens before the age of 40, it’s known as Premature Ovarian Insufficiency (POI) which affects about 1% of women. The Daisy Network offers support to women with POI.