Home / Health / Mother Nature for health: what is green care?

There has been a lot in the media arena lately regarding the benefits of nature being a most useful tool for health – both mental and physical. 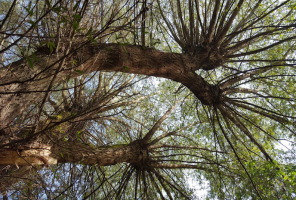 If, like me, you are going through your menopause journey, I find appreciating and using nature to suit me is really helping. I like walking and have been to some fab places. But I also have a dodgy ankle and menopausal aches and pains. And I have rubbish cardiopulmonary ability.

Basically, I have to keep stopping! But I won’t let myself use that as an excuse as there will be a day where I can’t do it.

A history of green care

In fact, ‘green care’ is nothing new. As far back as the 5th century, Hippocrates recognised the holistic health of the person and is attributed as saying: “The Greatest Medicine of All, is Teaching People How Not to Need It.” During research for my book, A History of Nursing, I came across the 13th century Abbess Euphemia of Wherwell Abbey in Dorset.

As well as many other duties of being a revered Abbess, Euphemia was also practising green care. This term is used to highlight the use of what Mother Nature has lain at our feet since time immemorial to help our health.

Admittedly, compared to modern medicine, the Middle Ages didn’t really have much else to help them. But their knowledge  regarding the use of herbs, plants and green space to alleviate anxiety, stress and basic medicinal uses would put us to shame. Think willow bark (aspirin),  the poppy (opiod) and dandelion (diuretic) as just a few examples.

Abbess Euphemia built a new hospital building away from the main buildings of the Abbey. This had a fresh watercourse running underneath it to ‘carry off all refuse that might corrupt the air’. Essentially infection control. She constructed a quiet chapel for quiet time – reflection – and enclosed a large area of ‘vines and trees … walks by the river for space and time to enjoy the pure air’ – relaxation and mindfulness.

In 2012, The King’s Fund noted that around 30% of all people with a long-term physical health condition also had underlying mental health issues, namely depression/anxiety.  In 2016, Natural England published a study that reviewed the benefits of green care for mental health. Note the term ‘green care’, still being used over 800 years after Abbess Euphemia!

Studies have looked at the benefits of walking in nature, particularly around trees. ‘Forest bathing’ is not a new concept, it has been extremely popular in Japan since the 1980s when they discovered phytoncides, an antimicrobial volatile organic compound.

Basically, it is a compound given off by trees and plants to protect themselves from damage from things such as fungi and insects.

A Japanese study in 2009 found that these phytoncides promoted the function of human natural killer cells, a form of lymphocyte in our natural immune system. They also decreased the stress hormone cortisol. This slows heart rate and lowers blood pressure while promoting the parasympathetic nervous system to aid relaxation.

Forest bathing has been an integral part of Japanese health care since 1982.

The evidence of nature’s power

There is also evidence that people are becoming disconnected from nature. The charity MIND completed a survey where 69% of 12,000 people had a significant increase in wellbeing and 76% felt a mood improvement after partaking in ecotherapy. This involves outdoor activities such as gardening and conservation work.

A number of GPs are willing to refer to a scheme such as ecotherapy if it was available.  An article in The Lancet stated a ten-year study found an association between living near main roads and higher incidences of dementia. In 2016, Persil (Unilever) conducted a survey on 12,000 children from 10 countries and found that British children were amongst the most housebound in the world!

However, recognising and reconnecting with nature is becoming widely acknowledged. Many holiday companies and nature organisations are actively promoting getting out in nature, forest bathing, taking time out… whatever you want to call it.  But it’s out there, it’s recognised and it’s free. The TV gardener and presenter David Domoney also actively promotes the wellbeing of getting outdoors.

Of course, there are many more scientific studies out there. But this is keeping it simple. Even just getting to a local park would help. I always feel better (even if tired, stiff and hurting afterwards!) after a walk in the hills and woods. Whether this is down to the phytoncides, being away from the daily grind, being away from ‘busy-ness’ or all of it, it doesn’t matter. Nature has always helped, studies prove it and we must protect it.

The ancient and medieval world also knew it worked, they just didn’t know why. But we do, so no excuses!