I don’t know what I imagined my life would be like once my children had grown up but I always felt that the most important thing was that we were together and strong as a family. 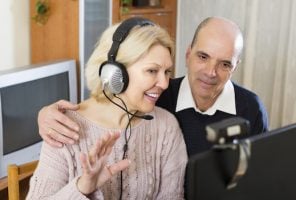 I embraced each new stage as it occurred, always enjoying the progress they made and feeling proud of their progress.  We have three children, and having been an only child myself, I loved their interpersonal relationships and the support they offered each other.

The childhood stages passed in a blur, first smile, first steps, the nursery nativity play, learning to read. The older two were only 16 months apart but vastly different. My daughter revelled in sport, animals and girly pursuits with her friends, her brother intense and musically talented but equally a skilled skateboarder.

One by one they left for university and music college and we learnt to cope when the house was empty and enjoy the times when our home was thrown open and packed full of groups of students all setting off on their adult journey full of enthusiasm and hope.

Before long partners became long term and so it was that in one year we enjoyed two weddings and the birth of our first granddaughter.  We were so excited to have the start of a new generation and birthdays and Christmas celebrations took on a whole new meaning returning to the magic of Santa Claus, Christmas stockings, high chairs at the dining table and a dog optimistically under the table waiting hopefully.

A new adventure for my son

But, in time our middle child became restless and sought something more. His wife is Japanese and though she had rarely lived in Japan, going to music college in London and having given birth to her two little girls here, my son felt that Japan might open up new opportunities for them.

I may be mistaken but I don’t think that there is a family in Britain that is not affected in some way or another by mixed relationships.  With the advent of mass world travel and migration it does not seem strange that this should happen but the outcomes for families involved are far reaching.  I love being part of a multicultural extended family with all the richness it brings and being able to look at the little girls’ exquisite facial features.

My heart sank when they told me they were leaving, something I had never felt at any other time in their lives. I would never show my distress, however, and we went about having the best Christmas we could before getting into a frenzy of packing them up to leave.

As they left for the airport my heart broke. Putting away the children’s abandoned toys and washing the clothes that they had left behind was one of the hardest things I’ve had to do in my life.

But time moves on and just maybe it does help heal. Our lives have undoubtedly changed. We dial up on Skype to chat to them and hear about their lives, we have our own Facebook page where the whole family post photos of their exploits and this summer they returned to stay with us for five weeks.

READ  Useful habits of self-love for every woman

I can’t deny it is hard, though. We all miss them every day and we worry about them being so far away.  We can no longer cuddle the children and drink in their unique smell and if we had our way we would love to be back altogether again.

But, and this is the point, we have never, and never will, given them any indication that we want to hold them back. We want them to have the freedom to develop throughout their adult lives.

So we’ve packed up parcels for them all so that they can enjoy a traditional Christmas and they will be able to share their Christmas Day with the rest of us. We’ll wish them a Merry Christmas and a prosperous New Year as if they are in the same room as us even though we are separated by nearly six thousand miles.

We have the rest of our children to think about so we will enjoy our new, slightly smaller family Christmas with them. On the plus side we’ll have a better chance when we play board games and Christmas lunch won’t be interrupted by a small person requiring a nappy change!

I’m sure many of you are affected in just the same way as I am, and I’d love to hear how you cope. Perhaps the demand is there to set up a support group?