Picture the scene: it’s a Sunday morning in April. I’m 50 years old and four and a half stone overweight. I’m standing in front of the television in tears. 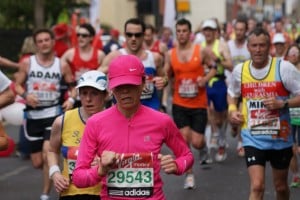 Like many other April Sunday mornings, I’m watching the start of the London Marathon, totally moved by that sea of humanity heading off for 26.2 miles of hope, pain, tears and glory.

I stand and watch and wish that I could be one of them, but I know I am not like them; I will never run a marathon. I head into the kitchen for some consoling toast and marmite and get on with my day. 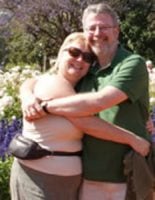 Fast forward five years and travel north about 500 miles to the foot of Ben Nevis. I’m standing in the rain with a race number on my chest about to do what I never thought I could do: run my first marathon.

I’m petrified, excited and not even sure if I will finish, but I have made it to the starting line…Five hours, eleven minutes later and I am officially a marathoner. I am ecstatic. My life will never be the same again.

If you’d met me when I was 50 you’d never believe I’d run a mile, never mind a marathon. A demanding job combined with being the main carer for parents who needed a lot of support meant that time was seriously rationed.

Healthy exercise and eating regimes had long been replaced by train journeys up and down the country, chocolate chip muffins and hours sitting on hard chairs waiting to see a doctor, social worker, or some other health professional.

The weight piled on and my poor back and knees began to feel the strain. I was a Carer, putting everyone’s needs and health before my own, but I wasn’t unhappy – I had lots to be thankful for. I just accepted that getting heavier and less mobile were a natural part of getting older, and I was proud to be accepting this with so little fuss.

READ  Seven tips to help you ride the menopause rollercoaster...

A few months after my dear Dad died, things began to change. Dad had Parkinson’s, a horrible cruel disease that robbed him of his freedom to move at will, something so basic that we take for granted. He had no choice, but I did; my growing immobility was due to my weight and it was something I could do something about. I owed it to my Dad.

For the first time in my life I went on a diet. I started doing aerobics and cycling. About two stone in I realised that getting slim was a real possibility – I could do this.

I started running once a week, to get outside in the summer sun – 10 minutes at first, and each Friday I ran just as fast and as far as I felt comfortable. Slowly the weight came off and the runs got longer minute by minute. I stopped feeling old and started feeling alive.

Cue another Sunday morning in April. It’s the London Marathon again. As I watched the runners start, something clicked in my head: if I got slim, maybe I could run a marathon. Once the thought was out there, there was no going back.

The week I hit my target weight, I treated myself to some really nice running gear and signed up for the Edinburgh half marathon. I got a training plan from Women’s Running Magazine and I was off.

I really enjoyed the training and on the race day I had a ball, talking to strangers. I was pleased with my run and at the end I knew that, with hard work and a fair wind, a marathon was possible.

READ  Menopause and periods: what you need to know

Preparing for the big day 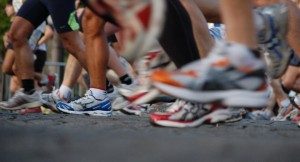 Training for a marathon is not for the faint-hearted. You have to do an awful lot of running to get ready to do that 26.2 miles and I was faced with the hard reality of my limits. Physically, at 55 years old, my body struggled and I kept getting injured.

Marathon training also takes a lot of time, which made things difficult whilst I was still caring for my Mum, helping her to live independently with mid-to-late stage dementia. It was only when my Mum was in a lovely residential care home, safe and happy, that I got time to train at a pace that suited me.

Training brought me face to face with the reality of who I am, my weaknesses and my strengths. My Yorkshire upbringing has given me grit and determination – I don’t give up – but I also rush into thing. That causes me a fair bit of pain.

I had to adapt, learn and improve. Staying in your comfort zone, staying safe, won’t get you very far; failure gets you where you want to go. It’s not a shameful secret.

On 14 April 2013, I ran the Lochaber Marathon. I didn’t expect to finish, but about 10 miles in I realised the pain wasn’t getting worse and that by hook or by crook I was going to do it. I swear I heard my Dad cheering me on. I couldn’t have done it without him. 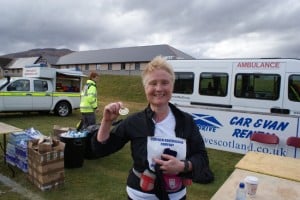 Even when I was running, I knew I wanted to run another marathon, to build on all I’ve learnt and done wrong. I know I can run it faster. But there’s no rush. There’s a growing number of runners in their 60s, 70s and 80s doing remarkable things. My dream now is to be out there running with them.

READ  What is a MenoClass?

Running a marathon has changed my life. I know that when I finally shuffle off this mortal coil, those 26.2 miles in the shadow of Ben Nevis will be one of my proudest achievements, because it was bloody hard work.

I know what I’m capable of if I set my heart on it, and I know that getting older doesn’t mean getting fatter and slower – I still have some personal bests in me yet.