Menopause at work is something of a growing topic. As more women are working until later in life, many will be working through their menopause and for years afterwards. 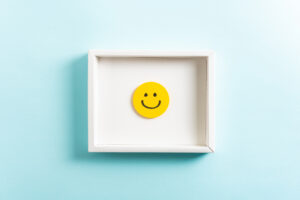 There is, thankfully, an increasing focus on supporting women during this time. Of course, some women will not need extra support. But the three out of four who experience symptoms may.

Responsible employers are beginning to put policies and procedures in place to this end. But what about those women who feel let down by their employer? Who feel they have been unfairly disciplined for performance issues directly related to menopause? Or, in extreme examples, who have been dismissed?

The law is there to protect you. As part of our series of articles explaining what lawyers really think, here we discuss menopause at work and the law.

Won’t you just think I’m making a fuss if I want to talk about menopause at work?

NO! Never never never will we think you are overreacting. Although the conversation around menopause at work is slowly turning around, according to Faculty of Occupational Medicine, gender-specific health issues other than pregnancy are rarely discussed in the workplace.

For far too long women have felt they need to keep quiet about menopause. But if you’re experiencing symptoms that affect your performance at work, your employer needs to deal with these sensitively. If they don’t, the law does protect you.

Maternity policies haven’t always been around but today pregnant women are well supported at work. There’s no reason why menopausal women can’t be too.

See also  The six secrets of a successful career detox

What would you recommend I do?

First, it’s always worth having a conversation with your line manager to see if your organisation has a menopause policy in place. If so, you will be able to discuss possible ‘reasonable adjustments’ into your working environment. This could be fairly simple, like an extra uniform or desk fan if you’re having hot flushes. Or it could be more involved, such as flexible working hours.

These adjustments might need to change if you experience different symptoms, and can be short term until your symptoms cease. Your employer may also refer you to Occupational Health.

What if my employer isn’t prepared to make any adjustments?

They are legally obliged to take menopause symptoms seriously. In fact, it is covered by the Equality Act 2010. So if you feel you are being discriminated against, you may wish to raise a formal grievance. If you are dismissed or your contract is breached then you may be able to take your employer to an Employment Tribunal.

Will a tribunal work in my favour?

Tribunals have been won on both sex and disability discrimination. While it may seem odd to class menopause as a disability – it is a natural transition – in the eyes of the law symptoms can be seen as such.

In the case of Merchant vs BT (2012), the claimant won on sex discrimination when she was dismissed for underperformance. The tribunal found that her manager had relied on his own experience with menopause and that he would have not approached a non-female issue in the same way. It also found that the employer would not have treated a man with similar symptoms the same.

In the case of Davies vs Scottish Courts and Tribunal Service SCTS (2018) the claimant won on the grounds of disability discrimination. This was a complex case. She was concerned her cystisis medication had accidentally been put into drinking water which male members of the public were drinking. She alerted them to this.

It transpired the medication wasn’t in the water. But the employee was ultimately dismissed on the grounds of gross misconduct. The tribunal found in her favour on the grounds of disability discrimination. She got her job back and compensation for lost earnings and for hurt feelings.

Does it seem extreme to be thinking about tribunals?

These are groundbreaking cases, but there are very likely to be more to follow. Of course nobody wants things to get that far, and it is much better if issues can be resolved with your line manager or through your own organisation’s procedures.

But the law is there as a safety net if you need it.

What if my lawyer is a man? Will he take me seriously?

Yes. A lawyer will simply look at points of law. They do not make personal judgments or presumptions. Nor will a female lawyer dismiss your concerns if they had a different experience of menopause. The beauty of the law is that it is based on pure facts.

The law is there to protect you and make sure you are treated fairly. Please never feel embarrassed or ashamed if you would like to talk to a lawyer about menopause at work. Remember, we are human and here to help.

How menopause-friendly is your organisation? Download our FREE checklist today by clicking here!

Or get in touch: Menopause@henpicked.net

See also  Returnships: helping women back into the workplace?