What can we do about problem periods? 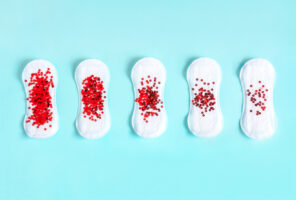 For the latest in our Lunch and Learn series, we were joined by Dr Karen Morton, Consultant Obstetrician and Gynaecologist, Founder and Medical Director of Dr Morton’s, The Medical Helpline.

Henpicked: Can we start with a simple question… what is a period?

Dr Karen Morton: Many women view blood coming out of their vagina as a period but this isn’t always the case. For example, unusual bleeding for six weeks can’t be interpreted as a period.

Our endometrium – the lining of the uterus – is told to grow by the hormones that come from the ovary, through the bloodstream. Oestrogen from the ovary tells the womb lining to grow and get thicker and thicker. When we make an egg we make progesterone. This tells the womb lining to stop growing and to become all nice and juicy, ready to get pregnant.

So a period is not an amount of blood that’s in there that has to come out. It’s coming from the whole body through these blood vessels, until healing occurs and the cycle restarts.

The whole essence of your cycle is that the ovaries should be controlling the rhythm. But bleeding that isn’t rhythmic may be determined by something else inside the womb. This requires investigation in case there’s an illness inside the womb, such as a polyp.

Henpicked: How do periods differ between women?

See also  Menopause and sex: what you need to know

Anything more frequent than 21 days needs analysis. Anything longer than 35 days probably means these are non egg producing cycles. Perimenopause is the classic time for this. There are other variations with periods, too, such as the amount of bleeding. Some women will have very light staining as natural period, others will have heavy period. If it’s really heavy you might need to check their aren’t fibroids present.

Also, how long a period is. Most periods will be four or five days, but some naturally will be two days, some will be eight days. Get to know what’s normal for you, and if something seems strange it’s worth having further investigation.

Dr Karen Morton: The commonest thing is to start to miss a period because ovary didn’t make an egg that month, the egg supply is dwindling. That might happen over a year or so. You might miss one period, miss two periods, as long as the subsequent bleed is manageable nothing needs to be done.

Sometimes when a bleed comes after a gap it will be heavier. Because oestrogen is still being produced, the womb lining is getting thicker and thicker but it’s not being counterblanaced by the progesterone. So very often the bleed after a gap will be more troublesome.

This might be a time to think about other aspects of menopausal health. Around this time women might start to notice menopausal symptoms, again to a variable degree. The average age of menopause is 51, but symptoms can start several years before.

Periods can often be heavy in puberty right at the start, as egg production is not rhythmic. Often, girls are put on a pill to tell the uterus what to do. At the end of reproductive years, a cyclical HRT routine can be used to help give rhythm. That doesn’t mean that a woman is necessarily choosing in the longer term to take HRT, but it’s a good way of dealing with troublesome periods, as long as illness inside the womb has been considered and excluded.

Henpicked: What are some of the complications women might experience?

Endometriosis is a condition where the womb lining is in other places outside the uterus, every time the woman has a visible period she also has some invisible bleeding. But this is not related to menopause, and is seen most commonly in women in their 30s who have not borne children.

Fibroids are incredibly common. If this lump of inert fibrous tissue is inside the uterus, it expands the surface area of the lining of the womb and increases the heaviness of periods.

Henpicked: Do the number of eggs we have influence when we start our periods and when they end?

Dr Karen Morton: No. We have millions of eggs to start with, we don’t make new ones. Most just degenerate. This doesn’t determine when menopause is going to come.

Henpicked: What would be a trigger for me to say ‘this doesn’t feel normal, I need to get some help’?

Dr Karen Morton: Everyone should be up to date with smear tests, as bleeding could come from the cervix. If you’re having bleeding that doesn’t seem to be a discreet entity of a period, with a bit of breast tenderness before, or hormonal warning, this could be a trigger. If it starts like a period, feels like a period and then there’s nothing until the next time, this is probably normal for you.

Bleeding which is random could be telling us there’s an illness inside the womb. Oestrogen telling the womb lining to grow without the counterbalance of the progesterone can lead to an early pre-cancerous phase of the change of the lining of the womb. So if you notice any unexpected bleeding, see your doctor. You’ll have a scan and maybe a sample taken from the lining of the womb to make sure there isn’t something going on there.

Dr Karen Morton: No. When women start HRT of a cyclical nature, they will get a regular bleed, an artificial one, but rhythmic. If you’re not on HRT, or on a no-bleed regime and notice bleeding, this isn’t a period and you should seek help.

Dr Karen Morton: The first important thing is not to put up with troublesome periods at any point in your life. If your periods stop you doing things you want to do, wake you up at night, stop you going to work, then seek advice. One of the most miraculous solutions is the Mirena coil, which has been transformational for millions of women. This works well at perimenopause. It delivers a bit of progestogen all day every day to tell the lining of the womb to shut up and ignore erratic messages from ovaries. It doesn’t change the hormonal situation in your whole body, it’s a local treatment for local problem.

Another solution is to have the lining of womb removed. This gets rid of heavy periods, but not is not a treatment for illness so we need to exclude those first.

It’s very rare to need to have your womb removed. Some women may have other issues at this point which we need to consider, such as a prolapse. Issues can be addressed as part of a package, in a holistic way, to find the best overall solution. 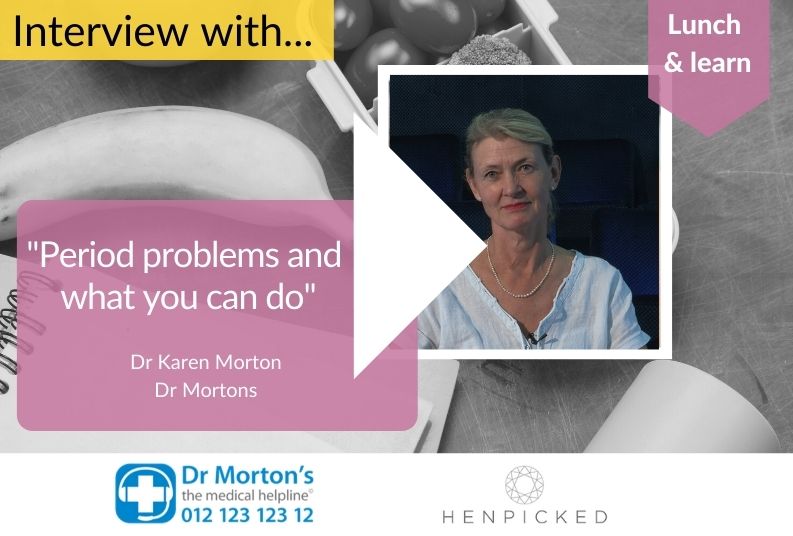 She believes in empowering women to make informed choices about their healthcare, starting Dr Morton’s in 2013 to help make that happen. Check out the rest of Henpicked’s Lunch & Learn video series!