In a recent meeting a discussion arose around “information, studies and people’s perceptions around menopause, menopausal symptoms and women in the 19th century”. It was generally noted there appears to be not much in the way of information or studies around this time frame. 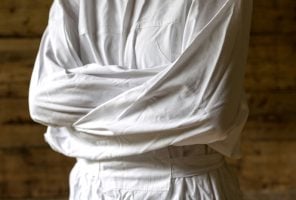 My interest is around the menopause and the ageing workforce. I am a menopausal woman and have been working in Occupational Health since 1996. Oh, I feel old! I started menopausal symptoms around the age of 47 during treatment for breast cancer. And boy did I suffer. I’ll leave that there as this is another story.

I love reading and have mainly been reading work-related documents and menopausal books. So, for a change I read the book “The Key” by Kathryn Hughes and the bonus information got me thinking about the menopause and asylums.

This passage was taken from the book:

“The passing of the County Asylum/lunacy act 1845 meant it was compulsory for counties to provide asylums for their “lunatics”. This ensured the mass construction of over one hundred and twenty asylums by the end of the century, housing over 100,000 people. By 1950s, one in three families would admit a family member to a mental hospital, often for the most spurious reasons. “

The 1959 Mental Health Act abolished the distinction between psychiatric hospitals and other types of hospitals and sought to make treatment voluntary where possible. In practice though, not much changed and it wasn’t until 1961 when Enoch Powell, then minister for health, gave his famous ‘water tower’ speech in which he promised the elimination of the majority of the country’s mental hospitals. Without the necessary number of community care programmes, though, it would take another twenty years for this plan to come to fruition.”

I have begun to wonder why we are only just talking about the menopause and how by talking and sharing how we can help one another around this topic. I’ve noticed when talking to my mum’s generation around the age of 73 ish some remarks have been “we didn’t talk about the menopause, we just got on with it” “we didn’t have the severity of symptoms being discussed today” etc. it got me thinking. Is this because their mothers, aunts etc didn’t talk about it – just in case they were thought to be a bit mad or weak? Or was it just a taboo subject due to the lack of education at the time?

My friend’s nan was thought to be a bit of a hypochondriac. Often complaining of headaches, feeling hot, tiredness and mood swings. Now I’m thinking she had symptoms of the menopause but it was just (quite innocently at the time) ignored.

A history of asylums

The first known asylum in the UK was Bethlem Royal Hospital in London. It has been a hospital since 1247 and began to admit patients with mental health conditions around 1407.

The Victorian era was the period when the numbers of admissions appeared to increase quite significantly. The growth of the asylums was probably largely driven by the county Asylum Lunacy Act 1845 and reached its peak around the 1950s.

From what I can find out at the moment in the 18th century male admissions to private asylums was higher than for women. By the 19th century increasingly large numbers of women were admitted. Although they were already being admitted for both social and cultural pressures, disorders related to childbirth, gynaecological, anxieties (hysteria) and the female cycle – young and old.

Maybe the word ‘hysteria’ which was often used as a reason for admission has stopped women from talking about how they feel and that they need help. Previously the word and the symptoms behind it were not fully understood and through limited knowledge by both the professionals and the public resulted in admissions to the asylums. Women were expected to be quiet and polite and not disagree with the men in their lives – fathers and husbands. They were seen as hysterical and in need of treatment if they should dare to speak out or argue.

READ  Five ways to take control of your menopause

I would really like to have the time to look at more records to see what percentage of women and their ages were when admitted – particularly looking at menopausal symptoms.

Information About Women Admitted to Mendota Mental Asylum Between 1869-1872.

Around the 1960s the asylums became too big and unmanageable. It was then announced many would close but it took another 20 years before this commenced. That’s around the 1980s. No wonder its now only just on the agenda.

I do know there have been many individuals beavering away for a number of years trying to highlight menopause. Maybe the mystique, fear, lack of education around asylums, mental health and the many taboo subjects related to this, including women’s issues which have obviously been laughed at or dismissed have stopped this subject and related areas being discussed.

And more importantly individuals being helped.

Both women and men should not be afraid to talk about any of these subjects today. It is 2019.

The rise of the Victorian era lunatic asylums

Sent to the asylum: the Victorian women locked up because they were suffering from stress, post natal depression and anxiety. Wendy Wallace. 2012