A personal and unlikely story from Lee Gough as to how she became CEO of this inspirational charity. 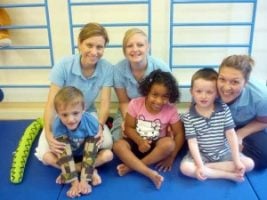 In 1996, at the age of 45, following a divorce and seeing my youngest daughter safely into school, I realised it was time to do something for myself. I enrolled for a foundation course at the local College of Technology taking a diverse range of subjects with no idea as to the end result. I passed the course and was therefore eligible for a place at a university – not something I had ever dreamed about during the years of bringing up a family and being a housewife and being a member of various associations, including Ladies Circle.

Now the opportunity was there. Enrolling at Worcester University (University College, Worcester as it was then) I went for a joint honours course – English and Economics. With three school-age children all at different schools, and being a single parent, assignments and getting to lectures became challenging. The preferred time for assignment writing was 4am, ahead of a 9am deadline! My youngest daughter took a great interest in the lectures, accompanying me during her half term, particularly when the topic was Shakespeare! I successfully completed the course and now have a BA (hons) degree to my name.

In January 2000 my son mentioned a job going at Worcester Cathedral (I had worked for the major restoration campaign for six months in 1989, beginning when I was six months pregnant, and had thoroughly enjoyed it). The post was for a fundraiser reporting to the Trust. I applied and submitted a CV on the morning of the deadline – and to my amazement was invited for an interview. This was to be in front of five people including the Dean: panic was not the word!

To my further amazement, I was offered the post. I had held the position, which included Campaign Director for the Music and Light Appeal, for seven years by the time I was approached to assist MBH with their major fundraising.

Although I loved working for the cathedral, a new challenge in my mid-fifties was an attraction. After three years here at MBH, the charity director, Jo, left and I was asked to take her place: a position I have enjoyed for the last three years. With no formal training in any aspect of my working career over the past 12 years, I have relied on my instinct calling on professionals for specific needs as and when they come up – especially with HR (human resources) matters. During this time I also remarried.

MBH continues to thrive and fundraising is always a challenge. I have a fantastic support network both in terms of staff and trustees and call on a number of contacts made through networking when I need to. As a result, we now have the support of many businesses, both financially and in terms of carrying our work at the centre. With no statutory funding and an annual turnover of approximately £500,000 I aim to ensure that MBH has a six-month reserve prepared. It really is an inspirational place.