Two people met, fell in love and got married – the end. But what about the dash? The bit in the middle? 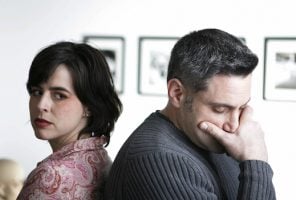 Early last year, I was considering how to begin writing an article about divorce.

It’s definitely been an eventful year.  As Valentine’s Day approaches I’m feeling quite reflective, as it is the official first anniversary of my separation from my husband of 12 years.

And now it’s National Marriage week. So why on earth am I writing an article? Well….

My hubby suffers from chronic brittle asthma. My 18 year old from a previous relationship is on the autistic spectrum and that brings with it a whole world of bonkers. I could go on but, over the years we really have been tested.

December 2014 brought with it what  I can only describe as an extremely unfortunate series of events. In an attempt to move forward from a drunken disagreement which required police intervention – that’s the nicely succinct version – in January 2015 we made a pact to work together to resolve our problems.

Unfortunately I struggled in a way I’ve never struggled before. I felt completely emotionally broken and things just spilled out. I found myself talking to anyone who would listen and I was taking every perspective on board.

Of course there are always two sides to every story, but I just couldn’t process any of it and so every conversation I had led to me building up an interpretation of my marriage that didn’t fit with the reality I had known.

All of this wasn’t helped by the fact I work in the wedding industry. Just imagine feeling totally broken hearted and having to talk to happy couples about their excited plans for their weddings. Not easy.

Eventually it became clear that we weren’t just going to be able to fix our problems. The atmosphere was so tense and it was starting to become more apparent to the boys – we also have a lovely nine year old.

READ  Caring for Max: what I learned about myself from my special needs child

It’s strange. It wasn’t that everything led to an argument, we’d just given up hope. I don’t give in easily, but we just didn’t have it in us any more.

Nobody ever tells you how much hard work you have to put in to get something worth keeping. It isn’t all romance, roses and Champagne. We always tried to keep a balance of fun stuff and the daily drudgery, and many of my friends were envious of how we always made time to do something nice together. Which is why this ending made me so sad.

When it came down to it, after a lot of heartache and tears, we began living apart. I was determined that this would be a new beginning, as there didn’t seem to be another way. If he wasn’t prepared to fight for me then that was that. And so it was, for what seemed like an eternity.

We tried to get on with our lives, and then the yucky stuff really hit the fan. I was forced to confront the reality of divorce and life as a single mum, just weeks from my 40th birthday.

It was only when we started to really consider what that would mean that we admitted there was still something we hadn’t tried.

Through all our married life my husband would never entertain the idea of talking things through with a third party, a counsellor or even someone who knew us well. So when he came to me and said he wanted to give it one last try, with support, I knew he meant it. 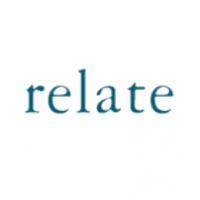 Counselling, support and information for all relationships

I had no idea what it would entail, but the biggest thing about all of this was we had to be completely honest, no frills, no pretence, no second guessing each other… intense but honest. And a lot of hard work!

READ  Spring - has it sprung?

But gradually the love I was sure had been completely quashed began to revive, even in the early weeks. I was seeing a side pf him I didn’t know – over the years I had become the decision maker, the carrier, the organiser – and now I was to let him take the reins.

It would be hard, we both knew that, but to allow change to happen you have to want it, have to see what opportunities it may bring, and have to be prepared to try. He had to swallow every ounce of pride to say he wanted this enough to open up to a total stranger. I had to get my head round understanding properly that taking this on meant the one path I always said I wouldn’t go down – before, as far as I was concerned, once he moved out that was it.

I talked and talked it through with friends and family, but the truth of it is that no one has to live your life, no one has walked in your shoes and no one will else will have to live with the consequences of your decisions. Although it can help to get perspective sometimes, there are times when you really need to process information by yourself without ‘helpful’ opinions or bias.

What I have discovered on this journey since we began the counselling is that there are always equals in everything. Our lives had become so caught up in the nitty gritty, who did or didn’t do what, that we had really started to forget who we were in all this and what we meant to each other – well, I had anyway. The saying ‘don’t sweat the small stuff’ really did start to make sense.

We have been learning a lot to let go of the ‘stuff’ when it really isn’t that important. To work through our problems, properly ‘in our adult heads’ – something we have been taught to consider during our Relate sessions –instead of using the tit-for-tat scenarios we so often ended up in.

And it’s really starting to work. Just making the decision to make another go of things has given us the tools we need to progress – to know that what we have is worth putting that amount of effort in for. Of course it’s easier to say that at the moment as we’re still living separately and intend to for the foreseeable future.

However, it’s also part of our plan to really strip things back and understand and get to know each other again before making that step to move back in together – to know that it’s the right thing for both us and for the boys as the rollercoaster we have been on hasn’t just impacted upon us.

There will be times when you wish you could go back to the beginning and start again, or fast forward to a time when there is less or maybe even no stress.

Since I have been on this ‘adventure’ it has really helped me to see why some relationships seem to struggle so much, and I am even considering studying counselling one day so I can help others in the way that our wonderful counsellor has helped us.

I’m not saying our healing is complete but we’ve certainly gone about it in the right way, and feel very positive that, together again, we’ll able to handle life’s unexpected surprises in the future.