A short story reflecting on the hidden impact of the shooting of Malala. 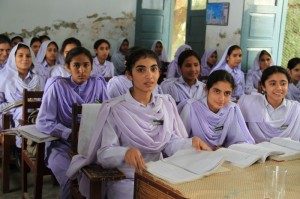 She’s in England now, in hospital. She’s being looked after. She’s safe. And that means I am too. Well, sort of.

That day, she was sitting next to me on the bus. Lala always sits next to me on the bus. That’s because she’s my best friend. When the man came, he stared at me. But it was her name he shouted, and we all looked at her. Sentencing her to death. She stood up, and got off the bus. There were voices outside. Silence inside. Then shouting, shots and screams. Blood, tears and terror.

Lala has always been the brave one. Always been the one to lead the way. She leads and I follow. Only this time I didn’t know where she was taking me. I’m a child. And I wanted to be a child for a bit longer. I wasn’t ready to be brave…not yet. At least, not this brave.

READ  After Bangladesh: the provenance of clothes