Getting the conversation started… 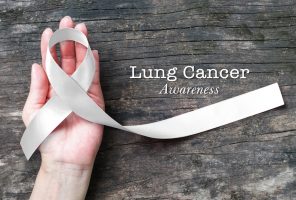 Lung cancer is the most common cause of cancer death in the UK. Each year around 35,340 people die from it. More than the total number killed by breast, prostate and pancreatic cancer. When you look at the figures for women only, they are no less appalling. Around 16,300 die from lung cancer, the same as from breast, ovarian and cervical cancer put together.

And yet you can hardly open a woman’s magazine without finding articles about how to check for signs of, living with or raising funds for breast cancer. We do not talk about women and lung cancer. Even GPs and specialists often don’t consider that women get lung cancer. As a result, too many are not diagnosed until at Stage 4 when the cancer is incurable. The only ones we hear about are ‘celebrities’ like the actress Leah Bracknell whose sad death was announced recently.

Roy Castle Lung Cancer Foundation offers information on how to take care of your lungs, risk factors, signs and symptoms. The organisation’s #likeme campaign highlights the stories of many younger women living with Stage 4 lung cancer, some of whom are only in their 30s.

November is Lung Cancer Awareness Month or as I think of it ‘Unawareness’. Only yesterday I was talking to a client (I am a theatrical accountant) who runs an agency for dancers and actors. When I told her some of the facts and figures she was shocked. “I had no idea” was her all-too-common response. She is in the age group where the incidence of lung cancer is on the rise.

The prevailing perception still seems to be that this disease only affects older, probably male, smokers. It Does Not. While lung cancer rates generally are falling the number of cases among young non-smoking women is on the increase. But the young women in the #likeme campaign often found that when they told someone they had the disease the first question asked was ‘do you smoke’? Would we ask a woman with cervical cancer if she slept around?

‘Follow My Lead’ is the name of Roy Castle Lung Cancer Foundation’s campaign for Lung Cancer Awareness Month this November; influenced by the stories of lung cancer patients – male and female, young and old.

So, for the sake of our sisters, daughters and friends let’s get the conversation started.