Home / Work and money / Financial / Love need not be blind

When it comes to divorce, women are increasingly finding themselves out of pocket. A recent survey found that one in seven people in Britain would consider marrying purely for money, while the number of men making claims on their wives’ wealth in divorce has doubled. 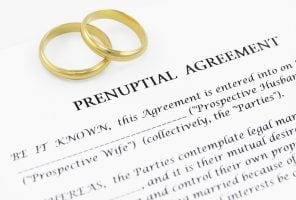 According to the Office of National Statistics, one in ten marriages end in divorce within five years and wary women are drawing up contracts to ensure their assets are protected after their marriage has ended.

Society has evolved; women are more realistic about relationships and whether or not they’re going to last. There are more women in the workplace, who have generated wealth independently, and they wish to protect that wealth. A well-crafted prenup is invaluable.

There has been a rise in enquiries in relation to prenups and from people of all walks of life. Prenups can especially appeal to young entrepreneurs who have amassed independent wealth; professionals used to binding agreements in their working lives; and gay couples who are now entering civil partnerships. Prenups are also popular with people contemplating second marriages and parents of young couples who wish to preserve inheritances and family wealth.

The Supreme Court’s decision in Radmacher v Granatino in 2009 opened the door. They have been reviewed by the Law Commission. A good prenup will reduce litigation and provide certainty in circumstances where the divorce court has an extremely wide discretion to redistribute assets at the point of divorce. Prenuptial agreements can determine the outcome, or at the least influence it, thus giving the couple control if things go wrong.

See also  What is the cost of marriage breakdown?

There are some guidelines to follow which are, broadly, that:

Prenuptial agreements have become a feature of high-profile marriages. In 2007, Paul McCartney’s decision not to have a prenup with Heather Mills cost him dear at £24.3m. The English courts have some way to go yet but we are moving towards acceptance of the validity of prenups (subject to various requirements having been fulfilled).

Prenuptial agreements are no longer simply for the multimillionaires; more and more couples with more modest incomes and assets are seeing the benefits.

A survey found that over half of people (56%) yet to be married would consider a prenuptial agreement. Of these, 12% saw a prenup as a way of securing financial independence, while 5% saw them as a way to ensure partners didn’t get their hands on their money.

Does the negotiation of the prenup cause problems in the relationship? 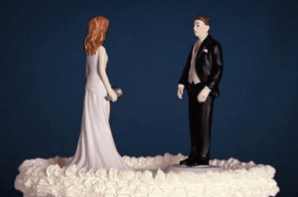 It can if not handled sensitively, so it is best to agree the principles over the kitchen table before going to lawyers. The popular perception is that prenups are unromantic, but it is better and far more practical to reach agreement before the relationship has broken down. It is simply good financial planning.

Sandy, 42, a businesswoman from London who has built up a property portfolio and two companies, is now in the process of drawing up a prenup for her second marriage. Her motivation is to protect her fiancé’s interests as much as her own. She told the Guardian:

See also  Internet dating: is it really so scary?

My partner’s reaction to the idea of a prenup was positive as he knows that I am not planning to leave him with nothing, but rather the opposite. I’m planning for his future in the event of a break-up.

She believes prenups are a basic financial decision.

It is 100% practical and it has nothing to do with love and romance. Prenups create more certainty and it will also protect us from each other’s debts. I deeply love my partner and we are devoted to each other. I worked extremely hard for my money and my partner appreciates my intentions.

To some women, though, the idea of planning the divorce before the marriage has even begun is unthinkable. Mother of two Julie, married banker David, four years ago without a prenup. Even now, mid-recession, Julie doubts whether they would have considered the idea. She told the Guardian:

I don’t know if I would have signed it. The whole notion of marriage is that it’s forever, so if I thought that David was thinking ‘Well, if our marriage ends …’ then that’s quite sad really. I think I would have been disappointed and slightly offended.

View a prenuptial agreement like an insurance policy. You hope not to have to use it but if the worst happens it is there just in case. In the meantime put it in the bottom drawer and forget about it.

The Lester Aldridge family team deal with these and other issues on a regular basis and are frequently instructed by clients who wish to protect their assets prior to getting married.

If you would like to discuss any aspect of divorce, separation or arrangements for your children, contact the family team on 01202 786161 or email jane.porter@la-law.com.