As the world of opera eagerly awaits the launch of the 81st Glyndebourne Festival on 2nd May, we are delighted to have an exclusive interview with its newest star, Louise Alder. 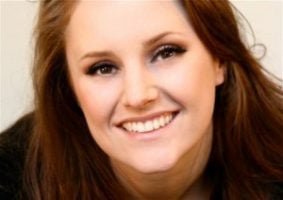 Louise is a truly fascinating lady whose warm, feisty spirit may just take opera beyond the buffs and to audiences everywhere who just wanted to be moved and entertained.

What qualities do you need to become a leading female operatic singer? When does she reach her prime?

I think as in any job, in order to succeed you have to have skill, passion, self-belief and be willing to put in a LOT of work. There is no one age at which a female opera singer reaches her prime as it depends hugely on the type of voice you have, what roles you sing and how your voice develops with age and the wear and tear of the physical challenges of our profession. If you treat yourself well and do everything you can to sing the right roles at the right time, not take too much on all at once and continue to have lessons and coaching you can sing well for a good long time. And if you’re lucky and your voice changes in a natural but healthy way you could have primes in several different vocal fachs (type of voice) in your career.

Tell us about your own particular path? Was it your destiny do you think? We know you come from a family of musicians – can you succeed without this type of background?

I think the idea of pre-sorted destinies is overrated. We make our own destinies, helped out by a good pinch of luck.

My musical family background certainly introduced me into a world virtually unknown to the majority of the population as something incredibly normal and so it felt right to also choose a career path in classical music. I know that it is possible to succeed in this business without a musical background as many of my most talented friends didn’t grow up with parents who were professional musicians. They boggle my brain somewhat because I think it’s quite a specific career choice, if it wasn’t so much a part of your life from an early age. However it is an incredible one with many rewards, and one I wish more children with unmusical backgrounds would choose!

What exactly is opera anyway!? Does it have to be a big extravaganza?

An opera is simply a play set to music, sung in Italian or German, often in French and sometimes in English, Russian or Czech, traditionally performed in a theatre on stage. There is an orchestra in front of the stage, sunk below floor level in what is known as the pit, at the front of which the conductor stands on a raised platform. The conductor starts the performance, and guides the orchestra and singers keeping the musical action on stage and in the pit together sometimes with mixed effect depending on what we are being asked to do on stage… Often the big operas that are very long, have fantastical plots, possibly with dancers, a large chorus and huge sets, costumes and wigs and are indeed what I would call an extravaganza. But there are smaller operas, chamber operas, written for more intimate spaces for a smaller group of singers and orchestral players that are not in any way an extravaganza. The Rape of Lucretia that I will be in this summer at Glyndebourne is such an opera.

Why do you think there is so very often this slight fear of opera even among people who enjoy other forms of music? How
do we get over this and make it for everyone?

I tend to think fear of something is often fear of the unknown. It is thought of to be inaccessible and outdated, but I can safely say this is far from true.

Operas deal with all the raw emotions that come with relationships, affairs, break ups, friendships and deaths and much more – things that we live through every day.

In order to make opera an art form for everyone the big opera houses must continue to release cheaper tickets that anyone can afford. There are now many schemes that do offer good prices (such as the Glyndebourne under 30 scheme) but not enough. And then people must not be scared of it and just come and try!

For women coming new to opera where do you suggest they start? Which composers? Which operas? 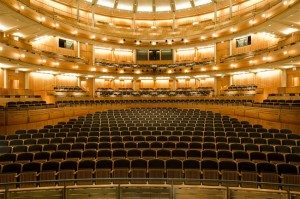 I would suggest an opera that isn’t too long, and has an accessible storyline such as La Bohème by Puccini. It is about a group of students with brilliant friendships and two very contrasting relationships with a touching and intense end. Carmen is another possibility, it has some very recognisable tunes and is a real spectacle involving love, lust and tragedy. Really it’s most important to look up the plot (or synopsis) beforehand so you can follow the action easily, which is particularly important as we often sing in another language and so there is the added challenge of reading the subtitles at the same time as taking in the onstage action and music!

Can you share with us your favourite operatic composer and opera or are these impossible questions?

Many composers are special to me but Mozart holds a very special place in my heart.

I grew up listening to many of his operas that my mother performed in the orchestra at Glyndebourne. The Marriage of Figaro is perhaps my favourite opera, in which I have had the honour of performing already and will do again in the autumn in Frankfurt.

Do you or did you have strong female role models who have influenced you and your career to date?

My mother has been a huge influence on me, in life and in my career. She’s the strongest woman I know and if I’m as caring, genuine, brilliant and motivated as she is at her age, I’m sure I will have lived a full and rewarding life thus far! My parents have been pillars of strength for me throughout the beginnings of the somewhat stressful career path I’ve chosen and are hugely important in my decision making and support network, along with the two wonderful women who have taught me singing, Patricia MacMahon and Dinah Harris.

Whose is the most beautiful female voice you have ever heard?

To me it completely depends on the repertoire. Renee Fleming has one of the most beautiful lyric voices to whom I listened a lot when I was studying, I love listening to recordings of Lucia Popp sing all manner of repertoire in song and opera. Anna Netrebko is a modern day diva who artistically I admire greatly, and I adore listening to Elly Amerling for her incredible interpretation of Lieder and song.

Perhaps paradoxically in this world, often regarded as elite and exclusive, there might be gender equality for the performers? Would you agree?

Almost all operas are written for both men and women singers, both genders are vital to the stories. The female opera diva is something that has been celebrated for hundreds of years, alongside the famous male opera singers and I believe if you asked people for the top ten opera singers of all time is would easily be an equal ratio of women to men, if not heavier on the female singers! In the rehearsal room we are treated exactly the same, although of course there are some exceptions from time to time with personality clashes etc., and our pay structure in the freelance world is very much based on the name of the singer not the gender. The more established and the bigger the role, the higher the fee, no matter the gender. 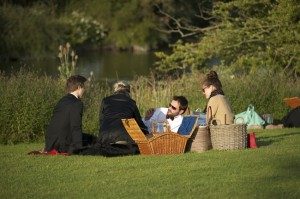 Do tell us about Glyndebourne. What makes it so special and how does it compare to other major festivals around the world?

Glyndebourne Festival is a summer festival based in the stunning Sussex countryside. It promotes both young and established singers from all over the world putting on six operas in the summer festival and three operas on the autumn tour. It has a wonderfully friendly atmosphere, as a performer in rehearsals and as an audience member, aided by the addition of a long interval in which audience and performers have a picnic dinner out on the lawns overlooking the beautiful countryside and lake.

READ  Book review: The Shock of the Fall

Glyndebourne gives you world class opera in a beautiful, intimate theatre just outside London. Why not try it!

How do you feel about playing the role of Lucia in The Rape of Lucretia this year? Do you prefer tragedy to comedy?

I love this opera. It is dark and incredibly emotionally challenging, you feel very drained by the end of the show. But it is a chamber piece with only eight singers, four women, four men, no large traditional chorus, a reduced orchestra and to me it feels more like intimate chamber music than grand opera. The piece was premiered at Glyndebourne in 1946 and although it has since become a much performed opera worldwide, it hasn’t been back to the summer Glyndebourne Festival until this year which we’re all very excited about. Lucia is Lucretia’s maid, who is young and sweetly naive and gets vastly effected by the awful happenings at the house. It’s a gorgeous role to sing, but I wouldn’t want only to be in tragic opera, it’s too heavy on the soul!

What are your hopes and ambitions for the future? Are there key roles you yearn to play?

My ambitions are simple really. Keep singing with orchestras and pianists and at opera houses where I am inspired by the level of performance in a good balance with time for family and friends and ‘real life’. It’s difficult to achieve in this business as we are often away for months at a time and of course exactly when your partner is free you tend to get work. I am so lucky to be paid to do something I love and to work with such interesting and talented people.

We wish you every success in your career; we will be following your progress attentively. Most immediately we will be focusing on your role as Lucia at Glyndebourne – we know it will go very well and we are truly delighted to be posting your blog as you go through the season.