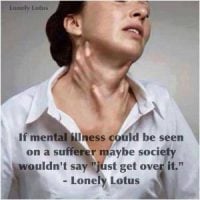 Mary’s 18-year-old daughter, Grace, suffers from anorexia nervosa. This terrible illness has been their closest companion for almost four years. Anorexia nervosa patients think about food all the time and consequently, inevitably, so do those who care for them.

From first thing in the morning until last thing at night, food controls Mary’s household. Mary frequently lies awake in the early hours wondering how she can encourage Grace to eat. The brutal reality is that if Grace does not increase her bodyweight, she will not recover. Above everything else in her world, Mary wants her daughter to live.

It wasn’t always like this. Grace had a conventional upbringing. Grace, her parents and her siblings have lived, loved, laughed and argued just as families do. Sitting together for mealtimes has been the norm and conversation was always as important as the food on the table. As a young teen, Grace had an enviable figure, but after consecutive bouts of tonsillitis, which antibiotics failed to clear up, she seemed to sink into herself.

Initially, Grace stopped eating because she felt too ill to swallow. Her throat was raw and painful and she felt drained from being unwell. However, very slowly, the grip of anorexia took hold and Grace became a slave to this devastating disease. In fact, Grace has always described the illness as feeling as though she has hands around her neck which prevent her from eating.

To begin with, Mary didn’t realise the extent of the problem. When you see someone every day, change is often imperceptible. Anorexia sufferers become masters of deceit. Grace became an expert at secreting food at meal times and diverting attention away from herself, so no-one really noticed how little she was actually eating.

READ  Make choices that work for you!

Thankfully, Mary acted quickly once she became aware of Grace’s eating disorder. Grace acknowledges her problem and wants to recover and she is extremely well supported by medical experts. But despite all that, caring for Grace, ensuring she takes on enough nutrients each day, has had to become Mary’s full-time job. At her lowest point, Grace’s weight has fallen to a level where her body struggles to function.

Fear and unease dominate every part of an anorexia sufferer’s home. Mary explained how lonely it can be to live alongside the disease and she generously offers these words of support to others.

It is crucial to remember that you are not alone and that what you see in your anorexia sufferer is not unique. Most suffer very similar symptoms and exhibit similar behaviours.

Do not look back. The past needs to stay there. It is a matter of putting aside any regret about what might have been and instead staying focussed on the day in hand, and being hopeful for the future beyond.

Don’t worry about other people and what you believe they may think. Most people genuinely want to try to understand and give support.

Try not to get drawn into petty arguments which can all too often be the anorexic’s tactic to distract you from the main issue. They may not like the meal today, but the fact they liked it yesterday is a good enough reason to try to keep eating it.

The illness is not a project. The path to recovery is wayward with constant highs and lows. A small weight gain can seem like a massive step forward but all too easily the weight can slip again. A flexible approach is essential. It’s about a long term plan not a short term fix.

There is likely to be discord with other family members. It’s a tough illness to understand and it will inevitably impact on every single member of the household. Accept that everyone in your family will cope with the illness in a different way. Be patient but don’t feel bad when you are not.

Finally, remove the word guilt from your vocabulary. This illness is one of life’s greatest challenges. Focus on the good parts of each day and try to stay strong.