Three years ago I set off for a long ride on my bike. I’m no cyclist usually – and this particular ride proved to be one that changed the direction of my life. 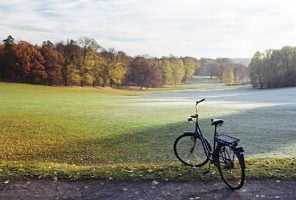 I’ll take a step back. At the time I thought I was invincible. My weeks were full from beginning to end. I worked, I looked after my little granddaughter, who I adore, twice a week – running from my office to the station to spend the afternoon enjoying everything a delightful two year old has to offer.

Most of the rest of my time was spent on my passion of sport. I spent a lot of time rowing, training, racing, coxing, coaching and generally going backwards on water.

My second great love is riding and although to a lesser degree than in a boat, it gave me the opportunity to spend some special time with my daughter. What could be more exciting than speeding along a polo field, stick in hand, competing to get the ball through the posts?

So why was I on a bike?  On 3 December 2012 the river was in flood so water training was impossible. Under these conditions rowers don’t stop training – they resort to being landlubbers.

It was a beautiful morning, one of those days when you don’t want to leave your bed but when you do, you embrace the icy air and the gentle winter sunshine.  My husband and I had plans to hit the Christmas shops later so I only thought I’d be out for an hour or so.

As I turned the corner I stood up on the pedals to head on up the hill.  At that moment in time, that one second, my life and my family’s lives changed forever.

READ  September: a month of change?

I hadn’t seen it but there was a large patch of black ice on the road.  It transpired that the water company had failed to repair a leak – although they claimed it was the fault of the council, who claimed it wasn’t their fault either.

The bike flew from under me and I landed heavily on my right side. The pain in my shoulder was intense. I knew it was dislocated, so I stayed on the road where I landed.

What followed was a well-planned rescue attempt involving my husband, another cyclist, the owner of a polo yard, the police and the ambulance service.  Despite inhaling copious amounts of pain-relieving gas I was in agony, in my hip as well as my shoulder, but I was still convinced that I would arrive at the hospital and they would say that I was just bruised and would feel fine in a couple of days.

Unfortunately that was not to be. My dislocated shoulder was also broken, and the fall had been so violent that the top of my hip was completely shattered beyond repair and had to be replaced.

The journey has been long, involving eight operations, six consultants and a whole host of physiotherapists, nurses and associated people trying their very best to put me back together.

Drawing out the positives

I’m still recovering, every day taking tiny steps. I’ve had setbacks along the way and the journey has been anything but smooth. I have to come to terms with the fact that I may never be completely back to normal.

So, it may sound a strange thing to say but has this been an entirely negative experience?

I’ve learnt that anything is possible when you are surrounded by your family who love you and your friends that will do anything to help you along that recovery road.

Not just friends but real friends. Shallow acquaintances soon fall by the wayside to be replaced by strangers who become numbered amongst friends.

I’ve learnt to slow down and appreciate what I have, a walk on a beautiful day, sipping hot tea in a café watching the world go by and taking a moment to share a few words with a stranger who I would probably have rushed by before.

But most of all I’ve learnt that for all the negatives that we can dwell on during our journey through life there are a million positives –  if only we take the time to find them.