How to pull off the latest fashion trends 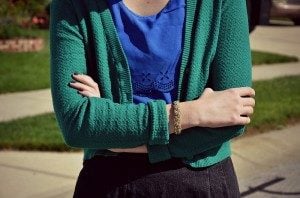 As we head into 2014, and eagerly make predictions about the Spring/Summer line, let’s take a look at some of the biggest fashion trends in 2013, and how to pull them off.

Spring saw an earlier introduction to boxy silhouettes than is usual; the catwalks were full of oversized jumpers, buckled leather boots and bulky, heavy-shouldered coats. This isn’t a look that can be pulled off by just anyone, but can vary from casual to office to formal with ease.

Dresses with paper cut and origami made sure that anyone could show just the right amount of skin, sometimes covered with a sheer fabric as seen in Diane Von Furstenberg’s fall line. The great thing about this look is the ability to highlight whichever features you like the most, and that less is more.

Bold colours like emerald and ruby dominated the scene throughout most of the year, although orange became the new black in winter when rich amber tones flooded the fashion world. 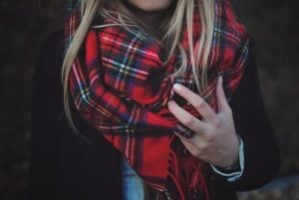 Head-to-toe plaids were seen all year round, but were far too much of a bold choice to be pulled off by just anyone. For a more everyday look, tartan fabrics were paired with black leather skirts as seen from Givenchy, or for the more confident it looked wonderful combined with floral accents, or neon under-layers.

Shiny fabrics weren’t just for the lovers of gold and silver in 2013 as many fashion houses took it upon themselves in the summer to branch into alternative coloured metallics. Rose golds, pinks and pale blues were particularly striking, whether in a full outfit or just an accessory.

Hedi Slimane brought grunge back to the scene once more with Saint Laurent in the fall, inspired by California grunge – fishnets, biker boots, dark floral dresses and that good old staple tartan, mixed with ironic pearl necklaces. For once, comfort was stylish, and you could kick your boots off at the end of the day and relax.

See also  How to wear this season's trends...

Black and white were used extensively last year, especially in the spring where geometric patterns reigned supreme. In the summer things were scaled back and tended to be mostly stripes; luckily they’ll be back in force for the 2014 Spring/Summer season, probably combined with florals.

Bare bellies were a favourite statement last year, and will be back again in 2014. If you have the stomach for it, the style can both make you look taller and really smarten up your look; you can also change where the gap lies to highlight either your hips or your waist.

Spring/Summer 2014 will bring statement slogan jumpers, embellishments on clothes and an excessive number of slogans. With another year we’ll see more reinventions of classic wardrobe staples, and daring new designs.