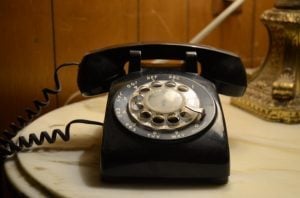 As predicted, seeing the proto docs took its toll. But so worth it.

Was having a very quiet dressing gown day when suddenly a phone call from my daughter saying she had been hit on the head by the boys’ trike, was not far away and needed to come to me. I said yes and scrambled into some clothes and got the flat baby-boy-ready.

Twenty minutes pass and no daughter. Her phone is on message so I go out though I don’t know which direction to look in. Then I hear a baby crying, yelling really and she wobbled into sight from an unexpected direction. She had got disorientated. I ran to support her and reassure the boys, who seemed too quiet. I kept my arm round her. She leaned on the trike, and just hoped I could get them all inside before her legs gave way.

We made it. I got her to sit down, made her a sweet drink and checked on the boys who were happy to be in a familiar place. I kept a close eye on all three. Drinks for boys, soaking for carpet and couch. Constant vigilance, on all three. Quiet Boy decided to befriend Little Cat Friday who was feeling brave enough to approach today. Quiet Boy tried the hand sign for hello. When that was not returned he offered a series of odd babbles unlike his usual chatter. Boisterous Boy took a liking to my kitchen blind, so I pulled it up and down for him to his delight. And of course again and again and again with the words Up and Down he joined in with enthusiasm. Then he wandered off, sat down in a small plastic box, got up, then sat down again saying “Up and down.”

Daddy was delayed, so I had to improvise some eats for the boys. Then the little family went home after a five hour stay.

I got ready for bed and had a bowl of cereal. Glad to have been there. Everybody safe bar a few bruises and a very sore head for my daughter.

I had not quite understood the trike accident. It all became clear when I saw a bicycle built for twin toddlers with a push handle. The source of the problem: a metal framed rain hood which rose up in the wind and hit her. The boys so much prefer it to their buggy. Mother is now less keen and will get Daddy to fix it.

Then today a lovely surprise –  a message from a student on a counselling course who had found my text book helpful. Twenty odd years and it is still in print and still being found relevant. What a boost.

I nearly did not write it. I was a self-employed single parent making a patchwork living as counsellor trainer. I came back from a two day training event and checked my phone messages. Among them was a vague message about counselling from a London number. I found that clients and ex-clients often gave my contact details to friends and relatives even if they were not in travelling distance of me. I always replied to these contacts and tried to steer them in the right direction locally. This was before counselling was as readily accepted.

I rang the next morning and found the caller was a commissioning editor for a publisher who wanted me to write a book on counselling for them! I checked that I was the person they were looking for. It seemed that two separate people who had employed me as a trainer had recommended me.

Without a degree and never having written anything beyond a long essay, I asked what this would involve, and yes the most important question for me was would I be paid. There were barely enough hours in the day to work, parent my daughters and keep the house less than a health hazard. I barely saw my friends so anything else I found time for would have to contribute to income.

She said there would be a certain amount on signing the contract and on delivery, then twice yearly royalties. I signed up and worked out how to do it as I went along.

This book provided small regular bonuses for twenty years. Then I assigned the royalties to a small arts charity.