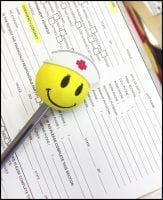 One of my voluntary roles is meeting up with trainee doctors to help them understand the ageing process. Due to illness I had to cancel last week’s session. But this morning, I take a call asking if I could step in as an emergency, as this week’s guest elder is unwell. “Yes please!” This lifted my spirits until I found out the session topic: “Sexuality and the older person.” Not my specialist subject, but all I have to be is honest and open about my own experiences. I can do that.

Arrive via a different taxi firm. My usual main men, who are experienced with and supportive of disability, were not available at short notice. The new firm was put out that I did not have a mobile and were reluctant to book a return trip. They also demanded that I wait for them outside.

The other guest elder has turned up after all. The organizer suggests we take the opportunity to break into two smaller groups. The other guest elder grips my hand hard and stares into my eyes while suggesting that we work as a pair playing off each other as man and woman. I retrieve my hand and suggest we stick to the original plan.

We are invited to say a little about ourselves. I say that I live alone in a studio flat and am working to develop a creative and satisfying life. The other guest elder begins with his medical history from the age of seven and follows up with a précis of his professional qualifications and achievements. Am I tempted to play mine is bigger and better than yours? A little. I have worked in a wide variety of settings compared to his single-hospital-on-a-single-site-experience. I have worked with sex offenders, people in recovery, South Asian teenagers with learning disabilities. I have toured with jazz musicians, sat on employment tribunals, worked as clinical teacher, trainer, counsellor, counselling supervisor and poet in residence in a hospice…

And I am here as an old woman willing to share my experiences and thoughts about sexuality. Well, catty blogging is not the same as hijacking the session.

Before we separate there is a general response to what the docs have read and learnt so far: their thoughts on gender roles, and how men’s continuing potency affects their sense of self-worth compared to post-menopausal women. I mention the social and anthropological research on the positive role older females played among primates and in early human societies, contributing to the survival of their offsprings’ children. The grandmother effect. This goes down well, though it is noted that current trends towards geographical dispersal negate this effect.

We break into our small groups. Oh my first group is so sweet and earnest! They have read and thought and made notes. They want to know about arousal and satisfaction.

They also want to know about social changes in sexual mores that I have lived through. I am able to tell them about the changes the pill brought and how at first it was only prescribed to married or engaged women with a wedding date already set.

I say that my generation had a window of freedom, with the pill and antibiotics still potent against STDs and Aids not yet an issue. Safe sex is still a new concept to those of my generation just coming out of long-term relationships. 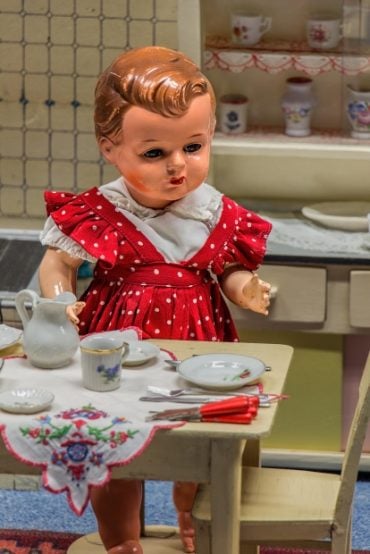 I talk about my experience of what some older men are seeking in new partners – either a last chance for a misspent youth with a younger partner or what I call a slot in, a direct replacement for the last partner. Much like replacing an old cooker within a fitted kitchen. I am a stand-alone model (Aga like) and have no ambitions to be mistaken for a forty year old, so these opportunities, many of them online, are not for me.

See also  Jeanne Ellin: Losing my rainbows and the benefits of hoarding

I also tell the trainee doctors that in the late fifties and early sixties marriage meant compulsory resignation from work for teachers, nurses and other professional women.

One young man wants to know how important I feel sex is within relationships. And does making love have positive effects? I remind him that intimacy is wider than just penetrative sex. The intimacy of trust and emotional closeness is also valuable.

Is sex just the side salad? he asks. More than that, I say. At its best, sex is more a triple chocolate dessert.

He seems a little worried.

Over the laughter of my group I hear the voice of my fellow guest elder discoursing on his career and expounding, theories, Jung I think.

We swap, and my new group is quieter, but soon relaxes and begins to question me on topics such as whether I feel able to ask for what I want in sex. I say that is a development since my youth, but a very positive change and if I am not comfortable enough to discuss this I am not comfortable enough to take my clothes off. Then we talk about polyamory. I say I wish it had been invented earlier. Was it very naughty of me to want to shock them a little? But it was good to see them relax and laugh and giggle.

Then I am asked if there anything I disapprove of about modern sexual behaviour. I say I do not feel disapproval but am deeply concerned by the poor understanding of consent that very young men have.

The dear, concerned young men in front of me agree. I wish it was possible for them to mentor fourteen, fifteen and sixteen year old boys.

We are called back to the large group and my taxi suddenly arrives. I have to apologise and leave. The taxi is twenty minutes early. When I get home I find the taxi firm has tried to phone me at home to tell me that they were changing the pick-up time. They phoned me at home as I have no mobile phone. The logic of this defeats me.

Very tired but so happy to have seen the proto docs. The lack of preparation and planning will take its toll but so worth it.