Eggs bursting out of their shells fill the kitchen with drama, shortly sound tracked by the agitating whine of the fire alarm. 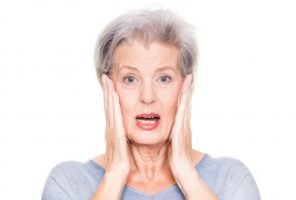 I had nodded off, leaving what I’d intended to be hardboiled eggs for tea bubbling softly.

Turned off the cooker, moved the pan and opened windows and doors. Pulled the extractor fan to add its might to the noise pollution.

The voice from the wall asked if there was a fire or smoke. I said “No, only a dry pan and some burst eggs.”

However the alarm was not subsiding so the voice informed me that the smoke, that I could not see or smell, must have got up around the detector. I should waft a paper about to disperse it.

I said that the ceilings were 20ft or more high and I am under 5ft. She suggested that I aim my vacuum cleaner up at the alarm.

I said that I could not do this.

We continued this exchange for some time with the alarm still active. She asked if the smoke had dispersed. I said I could not see or smell any.

She suggested the vacuum cleaner again and I replied, again, that I could not do this as it was too heavy for me to get out of the cupboard.

We tracked round this circle for another three repetitions. Then a variant.

“Can’t you lift the cleaner?”

I repeated that I could not. It lives in the cupboard between visits from my weekly helper.

I felt a bit cross and said I lived here because I needed help. Then she suggested asking a neighbour to lift the cleaner. I explained that they all lived here for similar reasons of weakness.

See also  Jeanne Ellin: a chair to rest in, a peach tray to count in

Finally the alarm stopped and she disappeared back into the wall without further help or advice.

I gathered a surprisingly widely scattered amount of egg and shells and had peanut spread instead of boiled eggs for tea.