Home / Health / Health / Is that extra glass of wine really worth it?

On social media I’ve come across a phenomenon I’ve dubbed ‘The rise and stumble of the Merlot mummies.’ 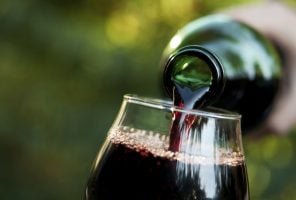 OK, disclaimer: I am not a mummy. Unless you count three beautiful unique stepkids, two in their 30s and one in her late 20s. So I am not familiar with the raising of children from the small squirmy poo machines, through to the sullen teens and out the other side as wonderfully balanced, fully fledged accomplished humans. Ha.

I’ve resisted writing anything on the topic of mothering and boozing until now, because I’ve felt that maybe I’m not qualified – not being a mother and all. As I have got older, other (more rounded and fulfilled) women have sympathetically asked me: “Oh, don’t you regret not having children?” which is almost as offensive as being asked “Don’t you wish you weren’t ugly?”

And I have resisted saying “No, don’t you regret HAVING children?”

It’s not always fun. I get it. As one of my friends said, as she washed poo out of her hair, and wiped out the mustard coloured content of a nappy off the floor: “I didn’t think it would be as hard as this.”

No wonder you guys are all hitting the bottle. Luckily for you, the alcohol industry is there to make your lives all better… and if we are to believe all the social media hype, it would appear that not only does the Merlot make you mellower, hip parents, it also smoothes out all the rough edges of football practices, music recitals and toddler birthday parties.

Parenting and wine goes together like peanut butter and chocolate….

For the uninitiated, it doesn’t sound good, but with some fancy packaging, a snappy advert and your entire peer group telling you how fantastic it is, you embrace the peanutty, chocolately goodness.

First of all, from the safety aspect, what if the kids are sick in the middle of the night and you need to rush them to the hospital?

From a logistics and planning point of view, I can’t imagine being woken at five in the morning by a toddler demanding attention, or dealing with the school run, or facing the minefields of lego, playdough and the really irritating toys that speak, with a pounding hangover…

Is it possible that all these Social Media Mummies are not really drinking as much wine as they say they are?

Men drink when they want to, it’s our feminist right to drink wine…

This one always makes me chuckle.

I’m all for choices, and women having the right to make all those choices that affect our lives – whether to have children or not, whether to be a working parent or not, to have equal pay, to be respected for the job of motherhood – the most important task for humankind – to have access to proper childcare, women’s health facilities, the list goes on and on, and we need to exert our power in the democracy in which we live, and never back down.

See also  The stuff of our lives

Do you think that suffragettes, when they chained themselves to railings, really envisioned their legacy as women having the right to slurp Chardonnay on the couch every night?

The alcohol industry is dominated by men. They are targeting women. Up until the 1990s we didn’t really ‘perform’ well when it came to our consumption of booze. Now, with careful, targeted marketing – yes, products packaged with catchy names like Mummy Juice, Bitch and Skinny Girl – we are now closing the gender gap in alcohol consumption with men. Although statistics are sketchy, mainly because the research relies on self-reporting – and hell, who tells the truth about that? – the stats on female driving while impaired, women admitted to hospital with alcohol-related medical emergencies, women with liver disease (some in their 30s) has risen exponentially in the last decade.

It seems that men can exert control over women’s lives in many ways.

There’s nothing that society vilifies and hates more than a Bad Mother.

The media shows no mercy to women who are caught drunk while in charge of children.

Don’t get me wrong, I’m not condoning for one second the behaviour of any woman or man who puts the lives of children at risk.

I am merely pointing out the hypocrisy of it all.

Where are the ‘sistas’ who post memes about the ‘winebulance’ when a mum is picked up for drunk driving?

Where are all the ‘feminists’ who say ‘go on, just one more won’t hurt’ knowing that you’ll have to drive home from your book club meeting?

Where are all the giggling football mums, passing round the hip flask of vodka at Saturday morning kids practice, when one of their gang turns up in court?

I know, I’m a childless sober killjoy. It could only be worse if I were also a vegan and never shaved my legs.

But put my hairy legs and boring diet aside for one minute and ask yourself this. Are you willing to put it all at risk for the sake of a beverage? Are you OK with lining the pockets of faceless marketing men who put profits before health?

Trust me, you’ll still be a cool hip Mummy without the Merlot to the people who count. Your kids.