When I turned seven years old, my mother presented me with what I considered then to be the most heavenly gift of all: a chemically straightening hair relaxer, also jokingly known as the ‘creamy crack’. What this meant, was that my coarse, gravity-resistant Afro hair would be transformed into silky, straight and longer European-like hair. To many young girls like me, this was a blessing, almost like moving from grass to grace. 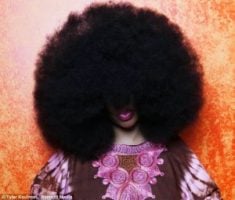 Hair is unarguably an important characteristic of beauty. Even the Bible says ‘if a woman has long hair, it is her glory’. Afro hair is generally short, so I guess a lot of black women must be short of glory?

As I grew older, my addiction to the ‘creamy crack’ grew stronger. At the sight of natural growth in my roots, I would sprint to the local beauty store in search of a cure to the growing beast. My ideology had been founded on the belief that my natural hair was nothing short of ugly, and in order to be ‘beautiful’, I must succumb to society’s idea of beautiful hair, i.e. straight hair.

After watching a documentary called ‘Good Hair’ by comedian Chris Rock, I began to question this ideology held by many black females like myself. My idea of my identity appeared as though it was all a façade.

Is this true? Relaxing my hair was no longer just a random beauty regiment – it became a question of my self-esteem and mentality. The ideology ‘white is better’ has been culturally transmitted for many generations in the black community following the post-colonial era. White superiority had extended beyond education or wealth, it dawned on me that hair itself is political.

READ  The secret to... younger-looking brows and lashes

Back at school in England, I decided to put this theory into practice. I held up these photos, and asked my friends to shout out the first words that came to mind concerning each of the women. Some of the answers for the model with the Afro were ‘abused, threatening, stubborn, sad’ and surprisingly ‘hobo’. 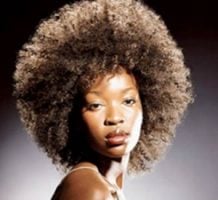 The model with the straight hair got more ‘positive’ responses, ‘beautiful, well-groomed’ and even ‘intelligent’. 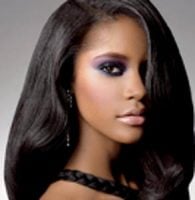 The good news is, it is not a ‘race thing’ – it’s a ‘perception thing’. People have been so blindly indoctrinated by the media on the concept of beauty that we recognise one image or certain characteristics as beautiful, and others ugly. Although black females scream ‘black is beautiful’, some have truly not accepted the meaning of that statement to the core, many feel the need to hide our God-given features in the shadows of what is considered more acceptable or ‘prettier’.

I was once a sheep who adhered to the media’s concept of beauty, but no longer. My former ideology impacted my self-image as well as self-esteem more than I would have ever admitted. I have chosen to embrace my identity, my roots, and so for now, it’s back to the roots, literally.

This decision for me is a political statement – one that has restored my racial pride and one that I hope inspires many girls like me to be proud of their entirety. Regardless of your big hair, big nose, or big lips, it is beautiful. So rock it!