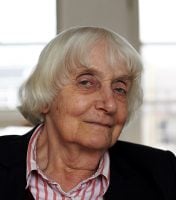 At the beginning of your career, you entered your first full-length play, Pearson, into a competition for The Observer. Although you didn’t win that particular competition, you were invited to join the Royal Court’s Writing Group. What do you think of the role of writing groups and competitions in developing new talent?

Writing groups can be very supportive early on but like leaving home there comes a time to make your own way. Good luck if you can win a competition so it’s worth trying but don’t be discouraged if you don’t. They are rarely a good index of quality, more of the judge’s predilections.

E-publishing and self-publishing are both non-traditional platforms that seem to be ever increasing and yet they still split opinions. On the one hand, both types of publishing allow authors instant access to an audience, creating an increasingly diverse range of writing as well as readers. But within that volume of online published work, do you think it becomes more difficult to find a voice?

E-publishing and self-publishing are better than nothing but they require time, energy and often finance and it is very hard to get noticed.

Having campaigned so much for writers’ rights, do you think these platforms create a conflict of interest? For up-and-coming authors, online and self-publishing removes filters imposed by agents and publishers, giving new writers more of a chance; for established authors however, does this process erode their rights in any way?

The ‘filters’ provided by a good supportive agent or editor are a bonus for any writer who can access them. The whole industry, including Internet Service Providers, is in the business of making money and eroding authors’ rights to do so. Have a look at the latest Authors’ Licensing and Collecting Society(ALCS) research and you will see the huge decline in authors’ earnings and the ability of even a few to make a living.

You’ve been called an experimental writer because of your preference for non-traditional narratives. With an increasing need for categorisation of certain authors, including female voices and LGBT writing, do you think this marginalises authors or creates difficulties in having all perspectives in literature being seen as equal?

Yes it does. It leads to the ghettoization of literature.

Examining emotional or even painful memories and experiences is part and parcel for many writers’ journeys: do you ever feel so vulnerable in your writing that you hesitate to continue? Do you agree that there is an element of courage needed to expose oneself in such a way, even under the guise of a fictional character?

No, it doesn’t lead to me stopping. The process is more subtle than that – a mixture of conscious and unconscious. I don’t know about courage. The roots of self-exposure are more complex – a cry for help, self-aggrandisement, following some dictum of ‘write from experience’… 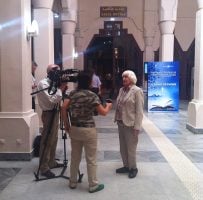 Having been a teacher during the late 1950s, do you still keep up with teaching and school practices today? If so, what do you think of the current education system, in particular with reference to Michael Gove’s recent suggestions to ‘broaden’ the English GCSE syllabus – removing a focus on classics such as Of Mice And Men and To Kill A Mockingbird?

Gove wants the focus to be on British classics, a kind of literary xenophobia and fortunately he has been forced to back track and is now gone. However this government seems to hate all professions, especially teachers. Maybe being privately educated they think of them as suppliers or servants!

How do you think women are represented in the media now, compared with in the 20th century? Do you feel that women have more of a voice now than ever before, or with reality shows and showbiz gossip thrusting glamour and image into the spotlight, do you feel that we are still being misrepresented? Are we our own worst enemies?

You have only to count the numbers of titles and reviewers in the Times Literary Supplement and London Review of Books by men as against those by women to see the discrimination. Also while women read books by both men and women, men read predominantly books by men. The emphasis is for youth and glamour for women writers still. Our enemy is still the patriarchal society, witness Cameron’s cabinet even after the reshuffle. Even Mrs Thatcher whom they all profess to admire was painfully dumped when the novelty wore off.

Along with your writing success, you’re known for your campaigning for gay rights – you were even included on the Independent on Sunday’s Pink List in 2005. In some ways, certainly in Britain, being gay is more acceptable now, compared with a few decades ago, but we still have a long way to go. On a personal level, do you feel a responsibility to represent lesbian love or characters or relationships in your work?

Yes we still have a long way to go especially for largely invisible gay women, and gains can be reversed: witness Mrs Thatcher and Clause 28. I don’t write to represent gay love or characters but because they are part of who I am and I write out of myself. I often represent gay male characters but equally heterosexuals of both sexes.