Home / Happiness / Relationships / Partnerships / Divorce / How to improve your relationships

Being honest with yourself may be the key to improving your relationships. Of all the insights I gained from identifying how I created the life that made me so unhappy, this particular realisation was the most painful of all. 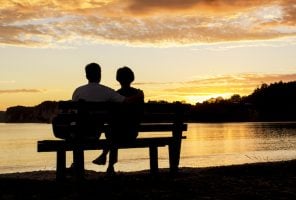 I had always regarded myself as the ‘innocent bystander’ in my relationships, especially my marriage so it was a shock to realise the extent to which I had actually contributed to the very circumstances I insisted I did not want. That insight burst into my consciousness and I felt as if I had been punched in the stomach.

Even years after I left my marriage I continued to blame my ex for just about everything that had brought us to the point of separation – everything he did or did not do, everything he said or did not say. I dissected it all as evidence that he was to blame for my unhappiness and the eventual break-up of our marriage. But what I finally realised was that pretending to be a victim was a very convenient excuse for failing to take responsibility, for failing to take account of my own contribution to the death of my marriage.

What lies beneath our unkind behaviours?

As I finally came to understand it, treating someone disrespectfully, contemptuously, unkindly or carelessly is a serious manifestation of poor self-esteem. People who like and feel good about themselves don’t need to resort to treating others badly to make themselves feel better. If we are treating others in hurtful ways, we are usually doing it out of frustration and resentment. In fact, this behaviour is often a habit developed as a result of having been treated hurtfully ourselves by our parents, friends, teachers and peers.

Judging and criticising seems to be embedded in our culture. We criticise and judge, we nag, try to control and manipulate, we make it clear others aren’t good enough, make sarcastic remarks and put people down, all in an effort to feel better about ourselves.

But, just because it is wide-spread, it does not make it right. Another example is playing the blame-game whenever something goes wrong. We tell ourselves it’s their fault ‘this’ happened or, if only ‘they’ changed, everything would be OK. Treating other people badly doesn’t only damage our relationship with them but it also damages us because acting cruelly is against our nature. Sometimes, all that’s needed is for us to notice we’re doing it in order for us to stop. That’s because it’s usually a habit rather than a deliberate act of malice.

Think of all your relationships. Which ones are fulfilling? Which ones do you find irritating, challenging, demanding? Write them down. Now reflect. How do you engage differently with those whose company you enjoy and those you find frustrating and annoying? What triggers your hurtful behaviours?

Now pick one person from your list and visualise yourself engaging with that person. Hear your sharp or sarcastic tone of voice, in your imagination watch your frown or smirk, hear your non-loving words, notice your behaviour. What exactly are you saying or doing? Still in your imagination, watch the expression of that person, listen to their reaction, guess what they might be feeling. How do they react and respond to you? Do they withdraw? Does their expression betray hurt, frustration or anger? Does the exchange escalate? Record your observations in a notebook without censoring, editing, defending or justifying however tempted you may feel to do just that.

The next step is to change the way you engage with that person. If you have been treating them unkindly then you need to deal with this. Here are some suggestions which may help you find clarity and a way forward:

• Write a letter about your insights and how you feel about it, a letter which you may or may not actually send

• Speak to the person about what you discovered and how you feel about it. An open and honest conversation can help

• Make amends, if possible, for example, by apologising

• Change your behaviour. You may find this is enough to bring about a positive change in the relationship.

Taking responsibility for hurtful behaviour takes courage. Be sure you are not beating yourself up about your behaviour. Treating others badly and treating yourself badly is the same thing. Stop it!